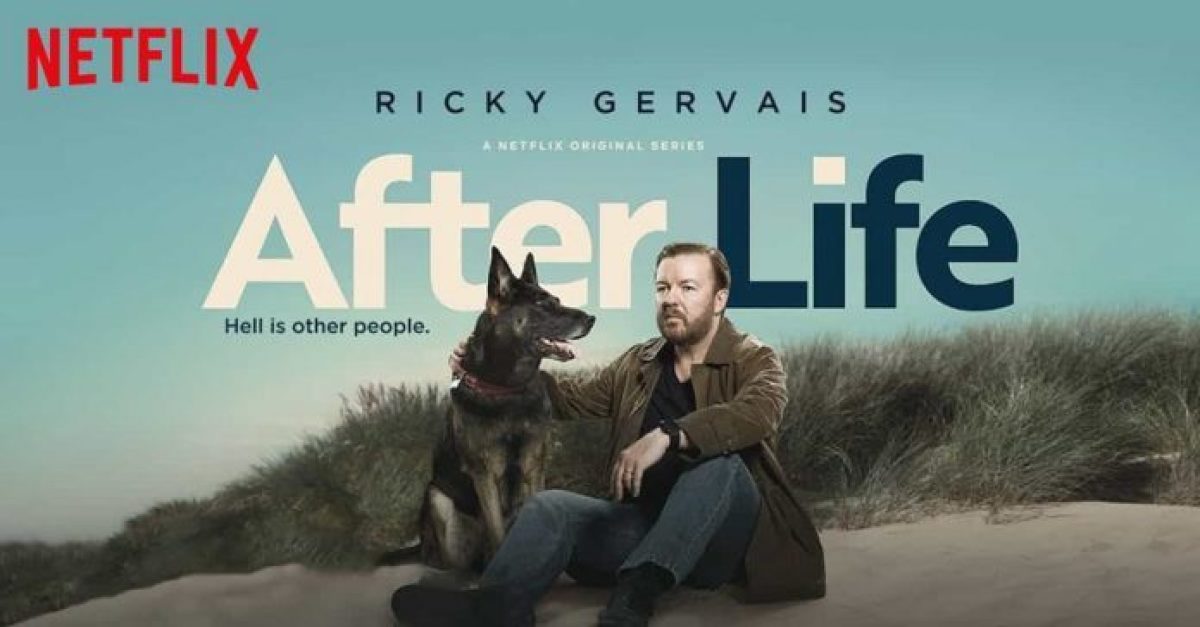 Ricky Garvasis is back as Tony in After Life. If you loved season 1, you are absolutely going to love season 2. Every episode we find out more about Tony’s love for Lisa, and we get more hilarious and shocking jokes.

Every episode had me dying from laughter one moment, and tearing up the next. It is an extraordinary effort where a TV show can balance dark humour and emotion so incredibly well.

Ricky Gervasis is excellent once again as Tony, but the rest of the cast are super enjoyable as well. It was great getting to know the other characters even more, and having them taking the spotlight. The postman is insane once again, although the standouts were the Psychiatrist and Julian, as they had me crying from laughter at the ridiculousness of their characters.

The spotlight of the season is shown on Tony and his relationship with Lisa, the Nurse, and his Dad. While the first season is still the best, I have already watched season 2 twice and I highly recommend checking this show out if you haven’t before. Each season is only 6 episodes long, at a length of 30 minutes. A show that is quick to the point, emotional, hilarious, and will stay with you long after you watch it.

I really hope season 3 is on the way, but if the show was to end with 2 seasons it is still a fulfilling show, with a satisfying conclusion.

Season 2 of After Life is now streaming on Netflix, check it out after you re-watch season 1!

How to Fix a Drug Scandal