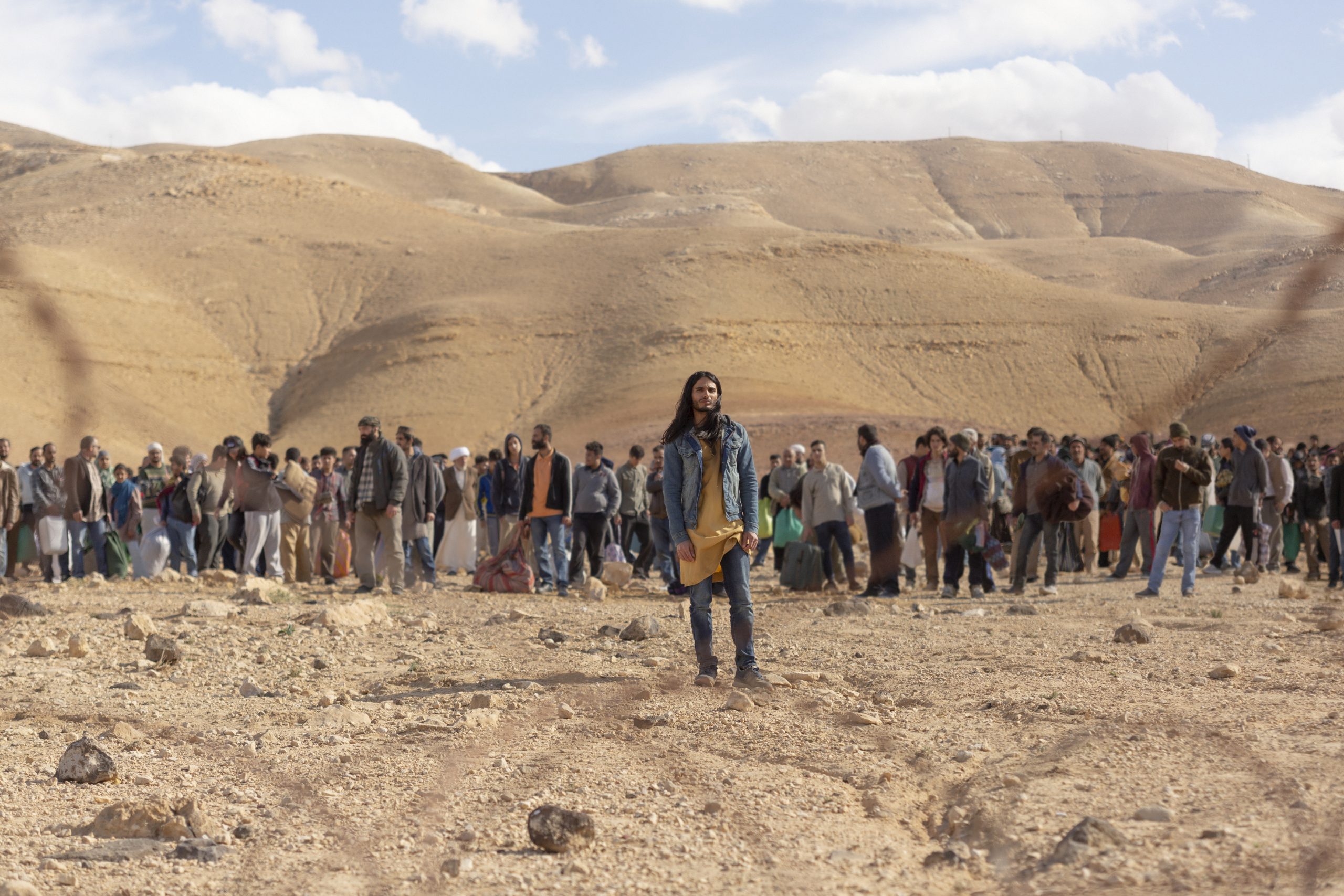 In Christianity, when Jesus descends from the heavens and sees me on Earth, sprawled out on the couch, engulfing Doritos and binge watching these shows to review, he’ll wonder what went wrong and thus the Rapture will ensue. Islam also has a similar story with the prophet Mohammed, in which upon his return to Earth, an all-out, global war between religions will occur.

When these books were written many thousands of years ago, I’m certain the various authors wouldn’t have assumed that each of their respective ‘raptures’ would have occurred in the age of Instagram and 24 hour-long ‘fake news’ cycles, let alone clash with each other’s ideology. And thus, we have the premise for Netflix’s latest series, Messiah.

Messiah begins by introducing us to Al-Mashi (played by Mehdi Dehbi) as he addresses a crowd in an Islamic State riddled Syria, preaching a message of a salvation that is soon to come. His words begin attracting more and more people to the crowd, and before long, an apocalyptic-esque sandstorm halts over Syria. Which over the course of a few weeks, completely eradicates the Islamic State terrorists who overran their country. After this event, he gathers a group of 2000 followers and marches straight to Israel, a messiah taking his people to the Promised Land.

Unfortunately for the 2000 followers, not everyone sees this ‘messiah’ as the man he is claiming to be, and instead believe him to be a provocateur of a large-scale religious war. Enter Eva Geller (played by Michelle Monaghan) a CIA officer who takes a special interest in this so called ‘messiah’. Geller is a no-BS, focused officer who in the first episode is revealed to be battling a medical condition, adding to her characters physical and emotional stakes throughout the series.

Monaghan is fantastic in this show! She commands your eyes and ears in every scene she’s in, whether its just her alone or in conversation with one of the show’s many (and I mean MANY) characters. We’ve seen many films and shows attempt to do the bad-ass female agent to a degree that almost seems to be shooting above reality, but Monaghan plays Gellar with such subtlety and finesse that it’s exciting to watch her character grow through the series.

Messiah’s story has some interesting elements and fresh takes to be enjoyed. Integrating things like social media influence (and it’s ability to divide opinions) without feeling forced or corny, the 24-hour ‘everything is breaking news’ cycle and how dangerous it can be to fall for ‘mass-media fear’, and the age-old argument, which religion is ultimately right? These bold inclusions make Messiah feel like it has the potential to be an impactful and possibly controversial show.

The show does a great job of keeping the audience guessing as to whether Al-Masih is all he says he is. There are many events that will have you questioning the legitimacy of his miracles, and then we will get up close intimate scenes that will have you second guessing: “wait… he’s actually doing that?”

Messiah does take a hot minute to start its engine. Its slow burn is appreciated though. Throughout at least the first three episodes; we are introduced to a lot of characters and their back stories. Which at first, seem unimportant but the writers do a reasonably good job of making most of the characters incredibly important to the climax of this season, in which the intensity of the final 2 episodes increases dramatically!

Messiah isn’t necessarily ground-breaking TV, but it introduces enough fresh takes on its subject matter to keep you interested and isn’t afraid to take it’s time to build up it’s characters and world for you to stay invested.

Messiah is streaming on Netflix from January 1 2020.