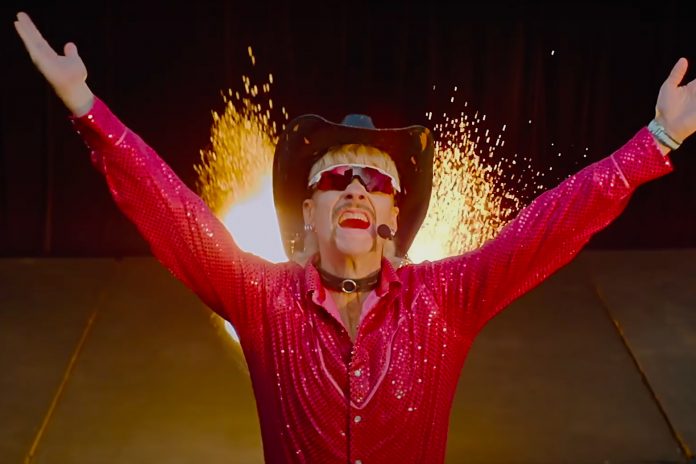 Alright, all you cool cats and kittens! Cast your mind back to March 2020, just as the we were beginning to isolate in our homes, back in a time when there was a plethora of viewing options across the bountiful plains of streaming services. A time when slouching on the couch in sweatpants you hadn’t washed in 3-days, paired with a block of chocolate and a bottle of wine was considered ‘special’, and not just something you did after your final Zoom meeting of the day.

The world became overwhelmingly enamored with an insane documentary series following the lives of wildlife park owners who were more than a little wild themselves. What started out as a tale of self-confessed ‘animal lovers’ just trying to find new homes for (and make a quick buck out of) exotic animals, soon turned into a web of insanity involving tigers, mullets, FBI wiretaps, drugs and murder! The story of Joe Exotic, the ‘Tiger King’, and his feral feud with Carole Baskin became so engrained in pop culture for the year 2020. Separate from the hit docu-series, the second season of the Over My Dead Body podcast also focused its sights on the bizarre worlds of Joe and Carole. Chronicling their battle right from its roots, before the cameras and the fame, that podcast series has now been brought life in the Stan exclusive, Joe Vs Carole. 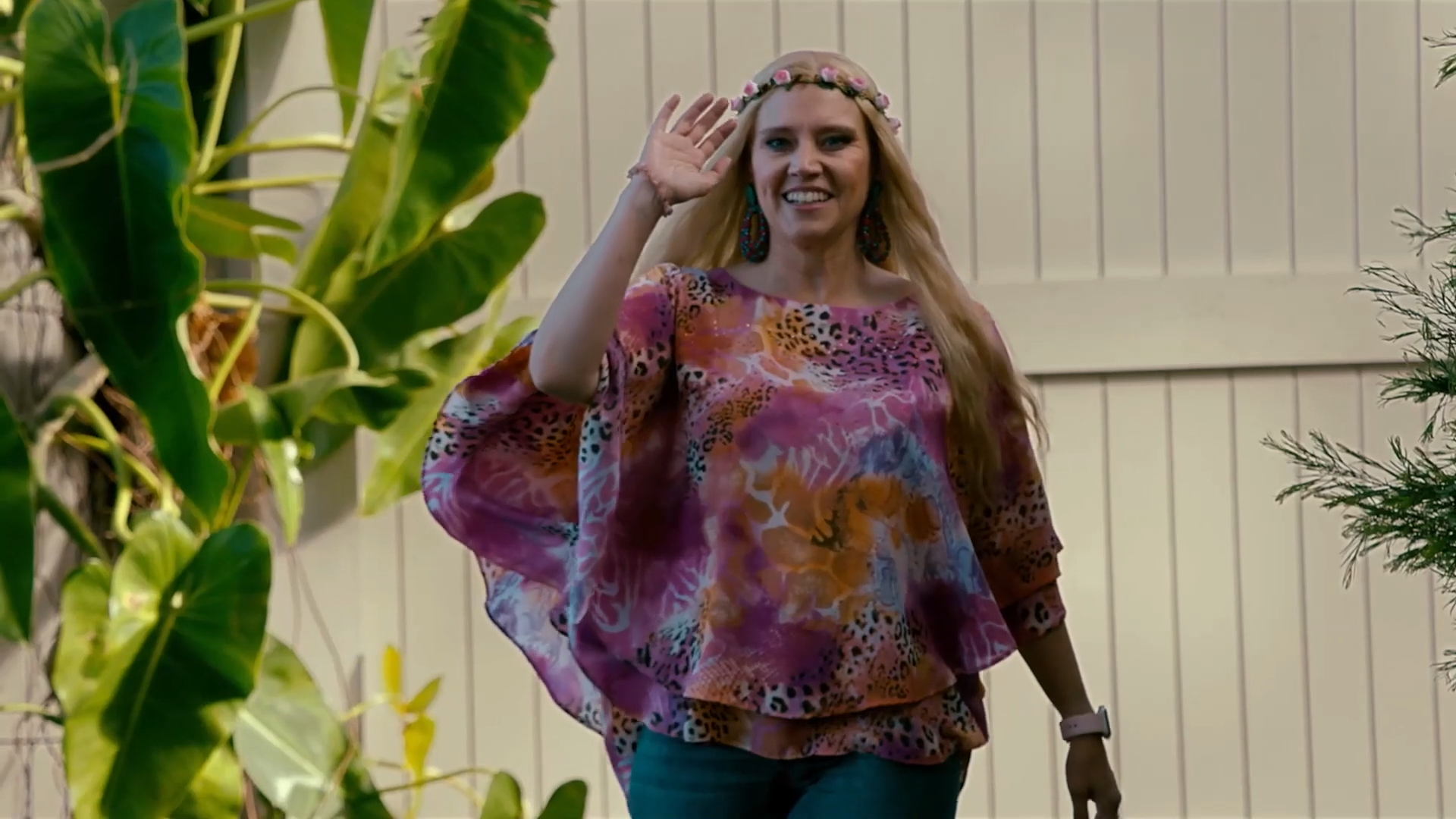 Carole Baskin (Kate McKinnon, Saturday Night Live) and her husband, Howard (Kyle McLachlan, Twin Peaks), are the owners of Big Cat Rescue in Florida, a sanctuary for endangered and exotic animals, with the main attraction being tigers from all around the world. Which is ironic, considering Carole’s cat allergy, but she believes in her heart that she must protect these cats from poachers and hunters… by poaching them for her zoo. When a visit from the Wildlife and Parks investigators leads to the news that a hitman has been hired to kill Carole, the show jumps back 4 years and introduces the audience to Joe Exotic (John Cameron Mitchell, Shrill), a bleached-mullet-rocking, cowboy-hat-wearing entertainer who leads a carnival show filled with abstract animal acts. Joe is also the owner of his own ‘sanctuary’, the G.W. Zoo in Oklahoma, where he hustles day in and day out by nagging customers to pay extra for tiger pats or T-shirts at the gift shop.

When a volunteer from Big Cat Rescue is caught taking footage of a malnourished tiger in Joe’s possession, it leads the hot-headed, foul-mouthed Tiger King down a path of revenge, to take down his newfound competition and enemy in Carole Baskin. What starts at as back and forth on social media, gaining unprecedented engagement for both of their zoos, soon turns more malicious as Joe beings to escalate their feud to the next level.

Although set it the scenic, outback-like areas of Florida and Oklahoma, Joe vs Carole was shot in Brisbane, Queensland, Australia, with many of the outdoor locations being shot at the Screen Queensland Studios. Aesthetically, there is an element of the show that feels like it lacks authenticity in its locations. It’s doesn’t always feel as exotic as it has in alternate iterations of the Joe and Carole story. And very occasionally, the general feel of the show can come across as cheap. Whether is underwhelming sets, some below average-CGI animals or lighting the feels like it’s beaming directly onto a scene (rather than creating atmosphere), there is this unshakeable, amateur visual style that distracts from the enjoyment that usually comes from a decent television show. 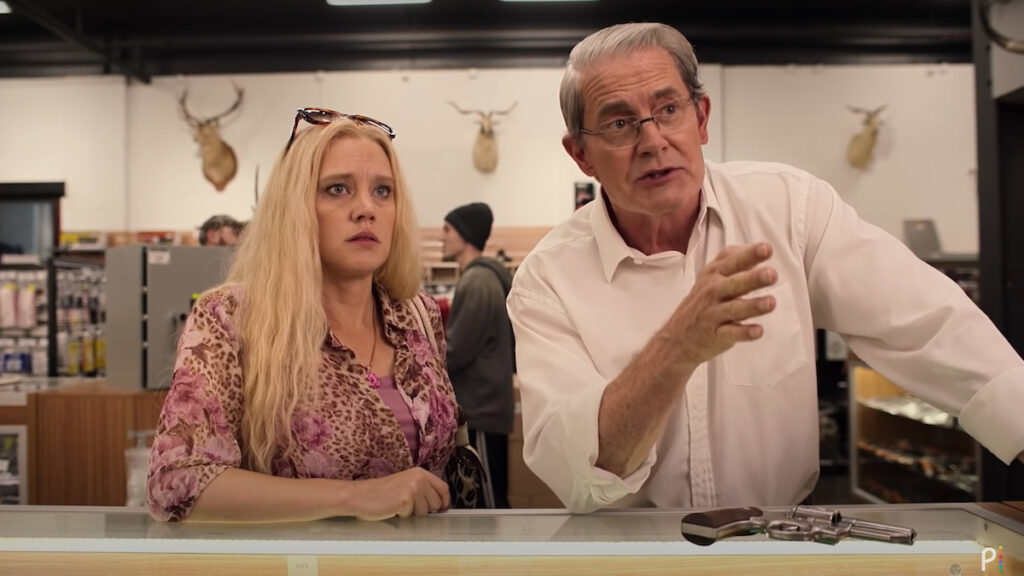 However, there are glimmers in hope from the direction of Justin Tipping, who uses fast moving tracking shots or whip pans to create an exciting tone, especially during Joe Exotic’s wild antics. The use of slow motion or fast-paced close ups, alongside a rocking soundtrack, breathe a rockstar’s tone into the show. Tipping uses this style of filmmaking reservedly throughout, and for good reason, because when he uses it, it feels exciting and engaging – it never outstays it’s welcome.

Initially, Joe vs Carole is a played as a comedy. A lot of the scenarios are played for laughs, and it’s evident the script has been written to alleviate tension early on with crude jokes or witty dialogue. As the episodes went on, a lot more of the serious nature behind the feud becomes apparent, and the tone slowly shifts into a tense drama, focusing on the fact that a lot of the people involved are not morally sound folks. This works in favour of the show because some of the humour early on misses more than it hits. 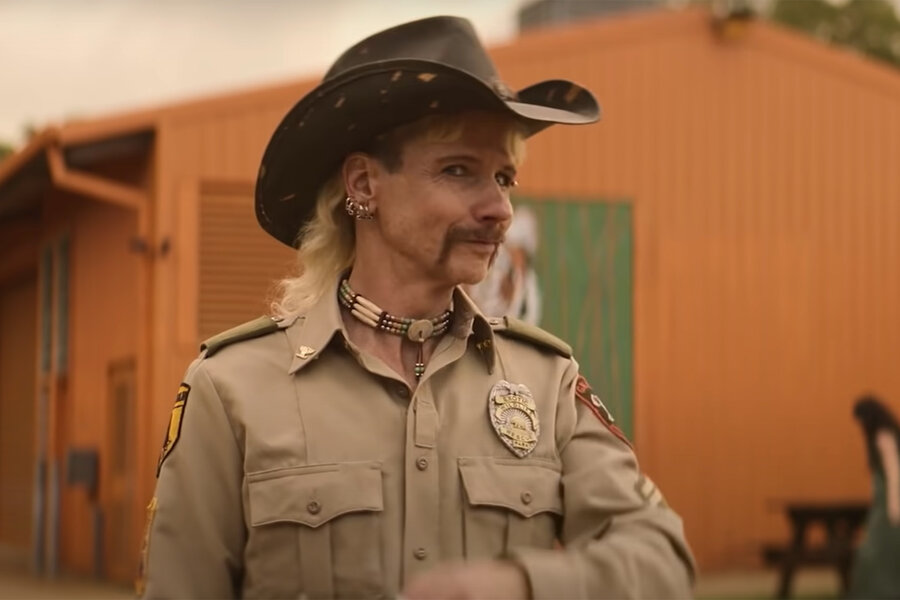 Comedian Kate McKinnon also serves as an Executive Producer on Joe vs Carole, a story she was obviously passionate to bring to the screen. As Carole Baskin however, it’s hard not to see McKinnon’s performance as a Saturday Night Live style of impression. At times, it almost feels like she’s playing each scene as a small skit from the show itself. The way McKinnon delivers punchlines feels less like a character trait for Baskin, and more of a way to create humour for the show, humour that usually falls flat. As the show does get more serious, and the story asks for more of a dramatic turn from McKinnon, she does turn up to play in some pivotal scenes, but never feels like this could be her breakout lead role.

However, John Cameron Mitchell as the wild Joe Exotic is the scene-stealer and the sole reason the stay invested in the show. The debaucherously fantastic performance allows Mitchell to explore how much of a dirt-bag Joe Exotic could be. Whether it’s the mistreatment of animals, or even the mistreatment of the people around him, Mitchell relishes in flamboyant style as the Tiger King, constantly making the audience question why we root for this guy. Nailing the voice, mannerisms and costuming of Joe Exotic, Mitchell gives an immersive performance that will undoubtedly make you laugh in one moment, and then despise him in the next. 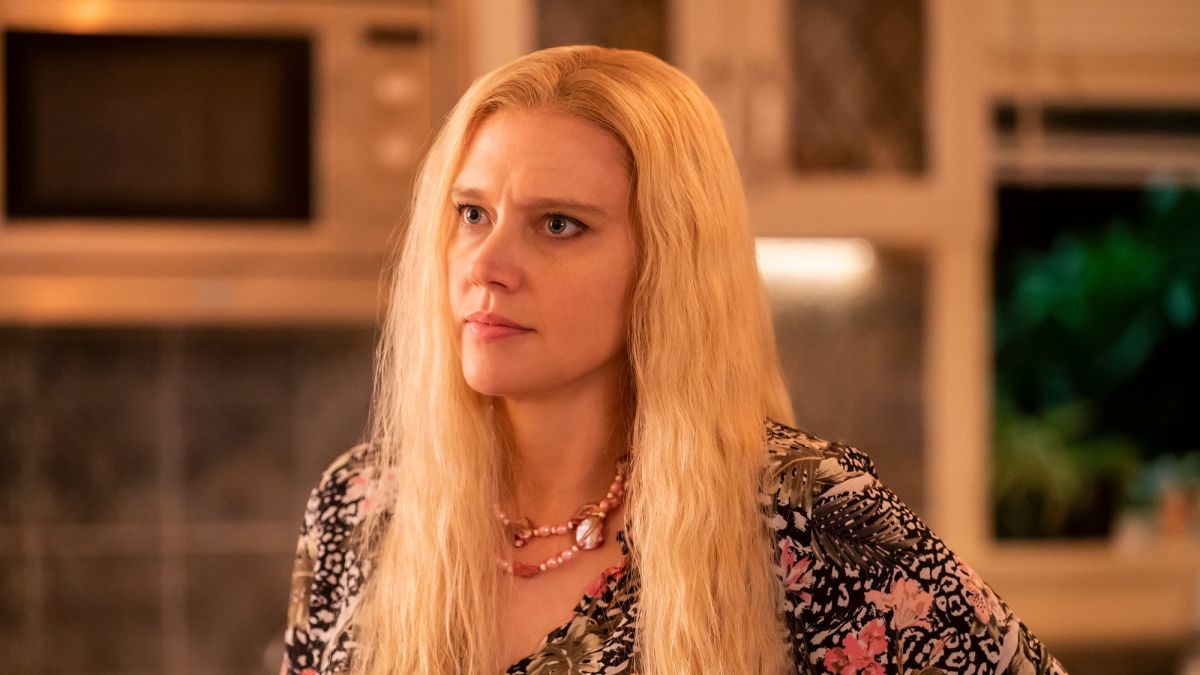 Finally, one of the main reasons it’s hard to be fully invested in Joe vs Carole, is that it doesn’t add anything new to the story of their feud. Sure, some of the dramatical recreated scenes and addition of characters add some new spark to the foundations of the story, but ultimately, the road leads to a place where the answers have already been laid out, leaving little intrigue and mystery. And while an argument could be made that a TV show about bad people doing bad things can still be exciting viewing, it’s a little harder to justify than when the show is based on real people.

Joe vs Carole does very little to feel like a fresh take on the ‘Tiger King’ story. A lack of engaging story elements, underdeveloped characters and cheap production value unfortunately outshine a truly fun and exciting lead performance from John Cameron Mitchell, and even Kate McKinnon when she’s on. Fans of some light, trashy TV may get a kick out of a quick binge watch, but just like the Tiger King story itself, this show may be quickly forgotten in the months to come.