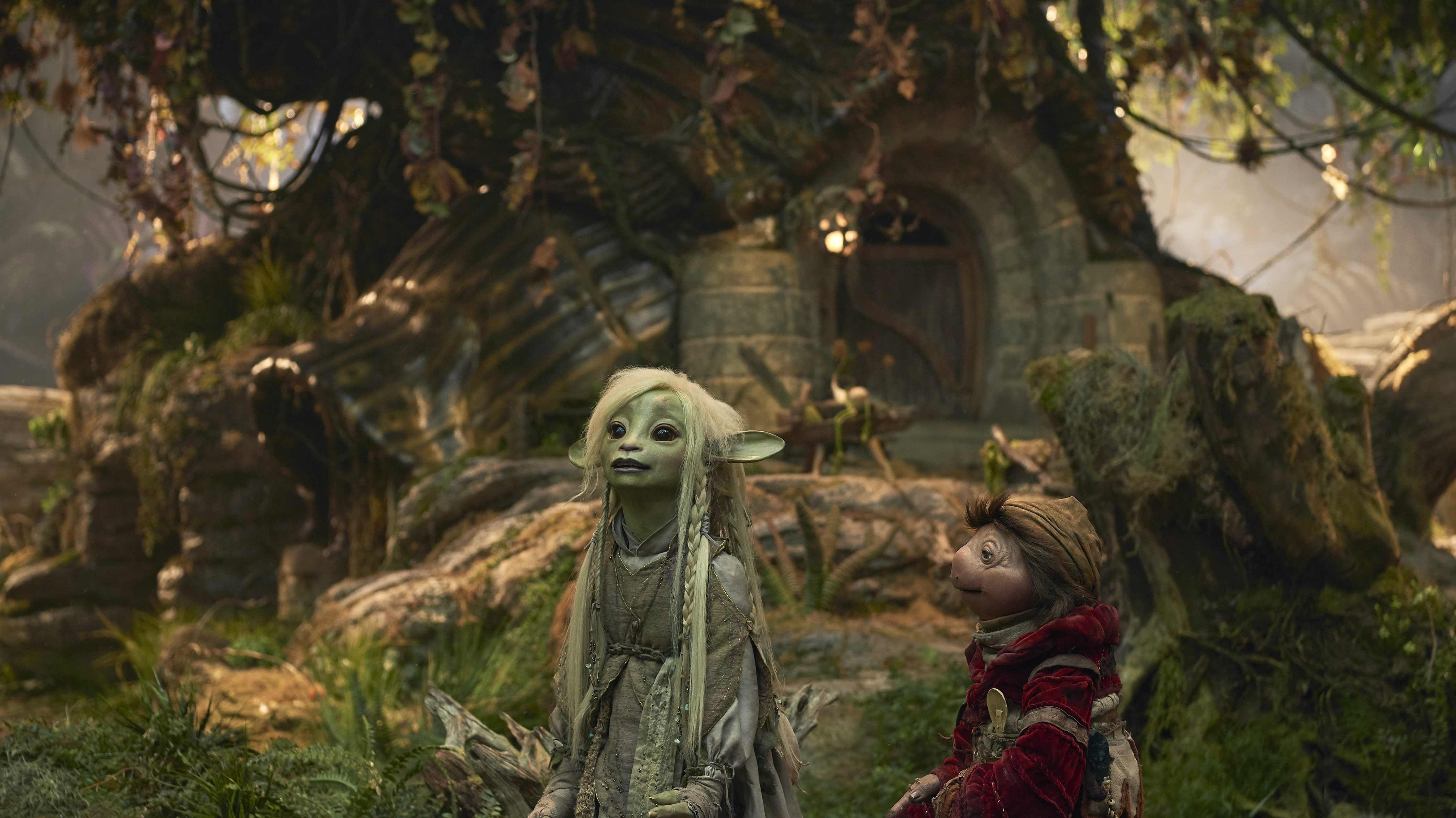 How many sequels or prequels can outdo the original? Not many…if any come to my mind. When Netflix announced a prequel series to the 1983 film and that it was going to be done by the traditional puppets that creator Jim Henson used I was extremely sceptical about the result. The first film is a classic, it was extremely underrated when it was released and its brilliance has been discovered in the 35 years since it debuted in theatres. Fortunately Henson’s collaborators have delivered the best prequel ever made. The story is well layered and dives into the back story and lore of the crystal, the creatures and the world itself. Visually it is unlike anything available right now, the mixture of puppets with a smidgen of CGI (only when absolutely necessary) blend together seamlessly with incredible voice performances from the entire cast.

Age Of Resistance is set decades before the events of the movie. Mother Augra meets the Skeksis when they arrive on Thra and offer her a way to astral project and expand her knowledge of the universe, in exchange for this they offer to look after the crystal and maintain peace in Thra. The Gelfling populate the land with seven different clans living above and below the surface. The story focuses around several of Gelfling including Rian (Taron Egerton) and Deet (Nathalie Emmanuel) and a band of others as they uncover the true motivations of the Skeksis led by Scientist (Mark Hamill) and Chamberlain (Simon Pegg) There is so much more to the story that I really can’t and don’t want to spoil.

I remember the first time I saw the film as a child and I was completely frightened by the Skeksis, their look, their voices and actions portrayed pure evil and it is not an understatement to say that they are just as, if not more evil and menacing in this version. The way they torture creatures and gelfling in their selfish quest to become immortal is truly terrifying and really helps show just how evil they are. As both Thra and Mother Augra discover the true intentions of Skeksis the intensity and fierceness only grows adding an almost horror like element to the show.

The puppetry is like nothing you have ever seen before. It has the Jim Henson creature workshop all over it. While the scale of the 1983 film was massive, this feels even grander in scale. There are seven different clans of Gelfling with different looks, armour and dress that combine with the many Skeksis, Podlings, Mystics and just general creatures that populate the world to sell it as a living, breathing planet. There is some CGI work involved, particularly in the underground caves and scenes done with the Sanctuary Tree and Mystics but it never looks out of place. The blending is seamless between the puppetry and CGI.

Being able to make a show this grand and epic in scale made purely from puppets is a throwback to Henson’s 80’s/90’s golden era. The fact that they can mix this in with an epic story that scans different clans of Gelfling with different belief and order systems to come together and realise what is happening truly plays out in the most surprising way. Sprawling Manta ray like creatures that fly in the sky and giant worms that live side by side with Gelfling in caves underground are just some of the incredible creatures that inhabit Thra.

Dark Crystal : Age Of Resistance feels like it is everything that Henson wanted it to be but couldn’t in a 90 minute movie. Having the luxury of spreading out over 10 one hour episodes the series creators have allowed an intense depth and exploration of the world and its characters all while delivering a solid story that outdoes its predecessor. A talented voice cast back up the gorgeous creature designs and the Skeksis are portrayed as the truly evil and vile bad guys outdoing most generic bad guy stereotypes we have seen in the last few years. While the story has a definite ending at the end of the season, it is definitely left open for many more years of Dark Crystal exploration if the audience and Netflix want it (trust me, after watching this you will definitely want more!)

The Dark Crystal : Age Of Resistance is the jewel in Netflix’s crown. It delivers a solid story that can be enjoyed by all ages. Fantasy fans will revel in the deep dive into the lore of Thra and its inhabitants as well as keeping to the film by not shying away from the dark and horrific elements of the source material. The wizardry of the puppet work cannot be overstated, it is unlike anything we have seen in recent years and it was heart warming to see the puppeteers given credits on the same line as the voice actors.

You can binge on all 10 episodes of The Dark Crystal : Age Of Resistance on Netflix August 30.