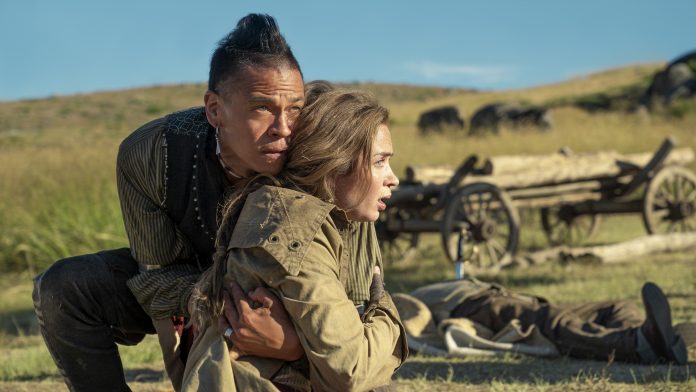 Worlds collide in the epic Western, The English, a 6-episode revenge tale that takes place in 19th century middle America, streaming on Prime Video from November 11.

Set across the brutally violent plains of Wyoming, calvary scout and Pawnee man, Eli (Chaske Spencer), battles with the morality of his role as a scout for the men who have invaded his country, hunting down his own people. Taking a stand for his rights and his people, unfortunately leads him to being arrested and held prisoner.

Meanwhile, the arrival of aristocratic Englishwoman, Lady Corneila Locke (Emily Blunt, A Quiet Place), turns the head of local hotel owner and businessman, Richard M. Watts (Ciaran Hinds). Unsure of the reason of her visit, Watts takes a liking to Lady Cornelia after discovering she has a ludicrous amount of cash on her, and a secret she is yet to reveal.

Lady Cornelia soon discovers that Eli is being held and tortured on Watts’ property. Disgusted by his treatment, she pays for his freedom and the two form a bond, that unbeknownst to them, will lead them down a very similar path of dual revenge, in truly bloody fashion! 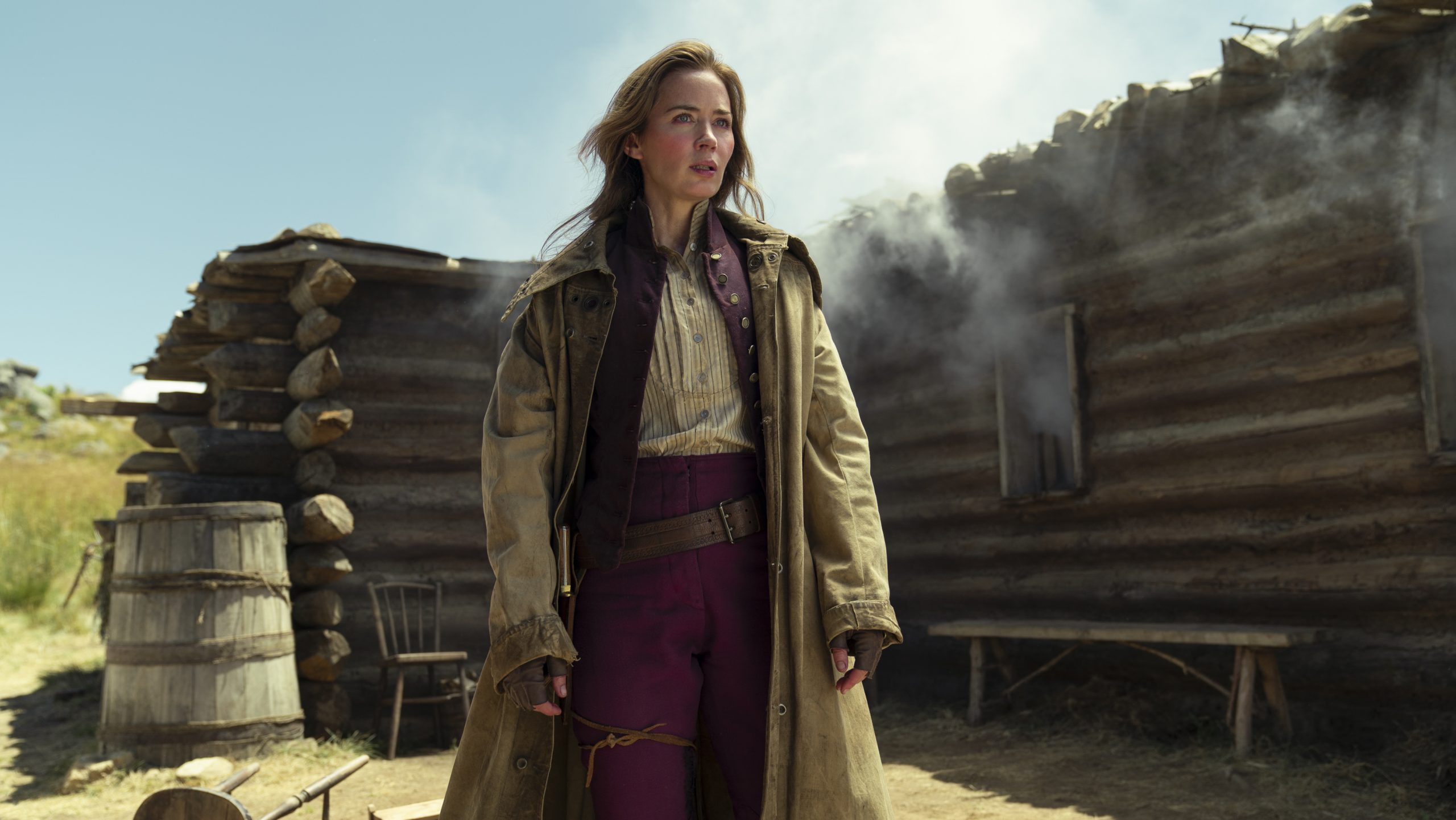 Written and directed by Hugh Blick, The English captures a familiar sense of nostalgia for the Western’s of yesteryear. The yellow and orange tinge of the land, juxtaposed by the beaming blue of the sky immediately pulls the audience in to its era and location. This is a good-looking show – from the costumes, sets and of course, the barren lands of middle America. Blick’s direction does a fantastic job of capturing a feeling, rather that just images on the screen. And much like many high-quality television shows of this modern era, there is a cinematic quality to the cinematography that is highly engaging.

Another element of the Western that Blick does well is the violence. The English does not shy away from the brutality of the Old West, with epic horse-back chases, shootouts, and silent arrow sniper’s adding immense amounts of excitement to each episode. And even more to Blick’s credit, the violence and brutality does serve the characters and story very well, it’s never in there just for the sake of it. 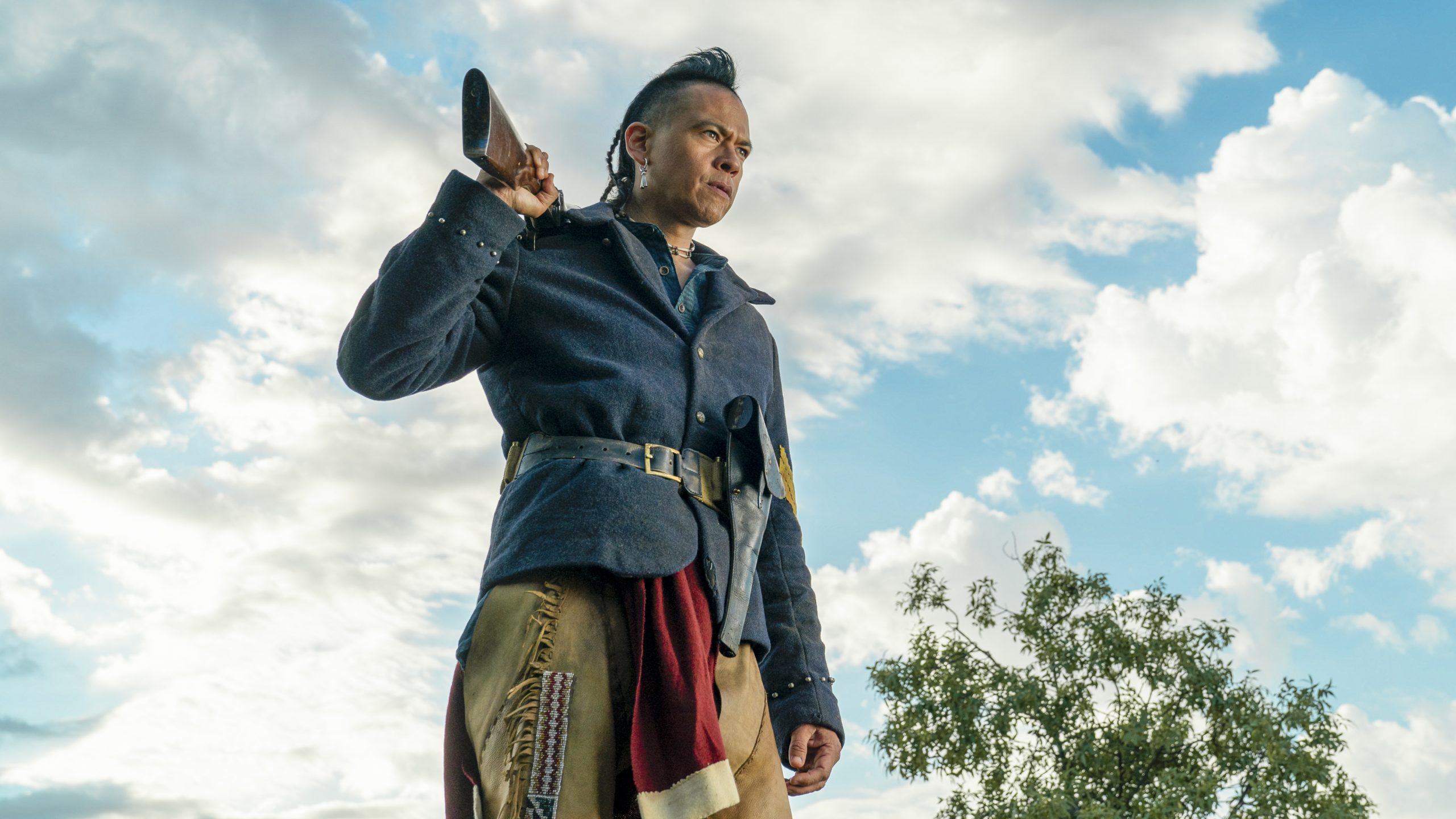 The English showcases a plethora of great performances. As always, Emily Blunt balances the duality of her role as the upper-class aristocrat, and the bad ass out for revenge. A scene in the first episode that is simply a conversation between Cordelia (Blunt) and Watts (Hinds) makes for a riveting and tense moment that is a testament to the acting ability of both actors, and only works to enhance the quality of the show.

Chaske Spencer is fantastic as Eli. The subdued, subtle masculinity shines through a mixture of humanity and warrior like behaviour. There is an enormous amount of emotional weight to Eli as a character, as he battles with his land and people being overtaken by colonial forces, and all of that emotion comes through a stoic physical performance.

The English may feel like a familiar Western tale, but it’s done with such precision from writer/director Hugh Blick. It’s a stylish, brutal and engaging revenge tale that’s anchored by two solid lead performances from Emily Blunt and Chaske Spencer.

The English premiers on Prime Video on Friday, November 11.