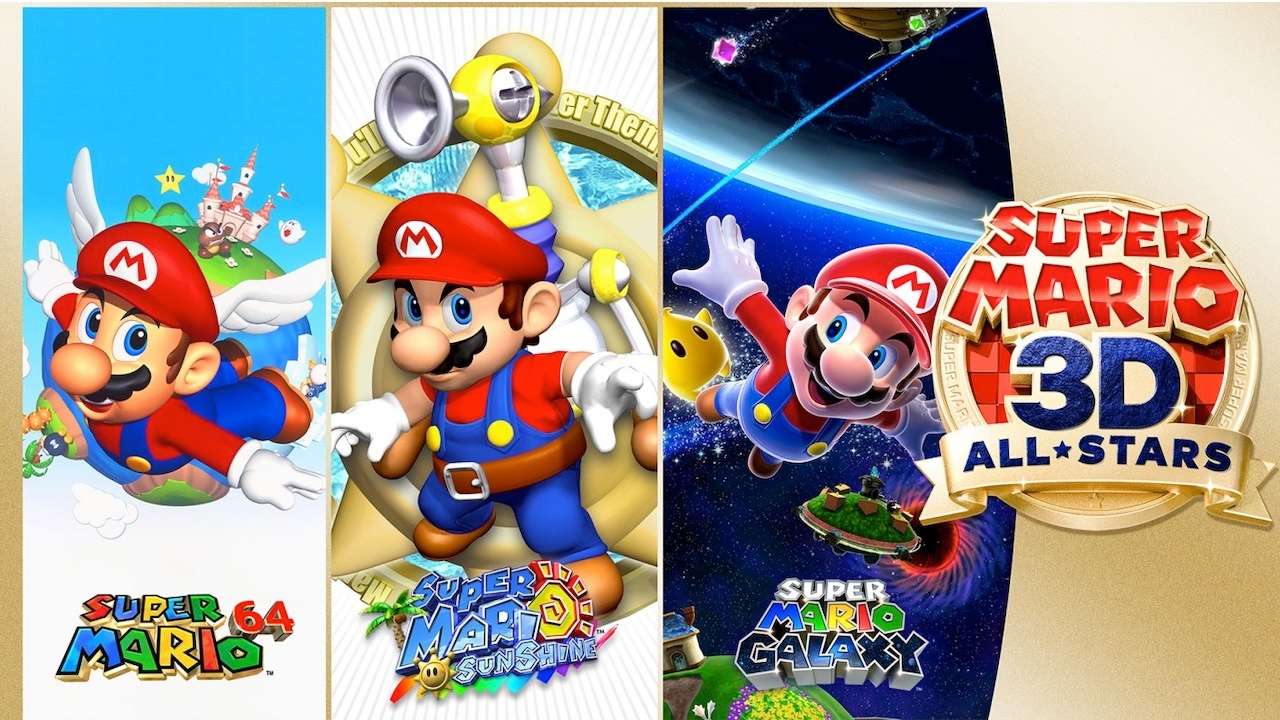 So I don’t want to dive too deep into the actual games themselves as most of us have grown up playing them. If you haven’t then you are in for a real treat if you loved Super Mario Odyssey and want to explore more 3D Mario adventures, then this is the one for you. 3 of Mario’s greatest adventures including Super Mario 64, Super Mario Sunshine and Super Mario Galaxy a new life on Nintendo Switch. While the graphics remain largely untouched from its original version, it is running really as an emulator on the hybrid console with a quick loading and game change screen. With the releases of remasters like Crash Bandicoot and Spyro, is this enough for Nintendo fans to shell out $60? The plain answer is yes, yes it is.

You should probably note that this won’t be a traditional game review, I will be looking at how these titles work on the Switch system and if they are worth the replay and dollars to shell out a couple of months before we get shiny new next-gen consoles. With that in mind let’s take a look at this collection.

I started with the classic Super Mario 64. I have played this game many times on PC and emulators over the years, truth be told I have never ever played this game on a Nintendo console before. Mario 64 is definitely the most aged of the three. The blocky graphics and the antiquated camera controls leave this game feeling the most out of date, there is still something really nostalgic about it that was a lot of fun.

The core gameplay was untouched and what I was surprised to see is the text has changed. A lot of the dialogue happens via text boxes and this was very difficult to read. Fortunately in this collection the text and the text boxes are much larger making it a lot easier to follow the dialogue. Nintendo have said that the game has been upscaled to HD with a 720p presentation for Super Mario 64, you can definitely notice the difference in both docked and handheld mode.

Going further into the visuals on Mario 64, his hat, logo and buttons are completely smoothed out and clear. While the rest of the environments remain in their blocky goodness.

By far the most frustrating thing about playing this game is the controls and the camera. Playing in docked and in handheld really limits the camera movement which make it frustrating to make quick decisions in more difficult parts of the game. This game was originally designed for the N64 controller and the complexities of this controller don’t translate well to the Joy-Cons or even the Pro Controller.

This leads me into the second game, Super Mario Sunshine. Now I have not actually played this game before, I have heard tales of its brilliance and how beloved in the community it is, so I was excited to finally be able to jump into this title and find out why people love it so much. That question is still being answered.

Super Mario Sunshine tosses up the 3D Mario formula, transporting the gang to a tropical island and strapping a water jet device to Mario’s back to clean up the village from a sludge wielding doppleganger. The art style is beautiful, you can definitely see the massive leap forward in graphics and design is really evident in this game and the upgrade to HD in this collection (apart from the polygon filled cut scenes!) showcases a bright and colourful side to Mario.

What doesn’t work here are the controls. Again this was definitely designed with the Nintendo Gamecube controller in mind and it really doesn’t translate well to hand-held mode. Attempting to aim your F.L.U.D.D pack to reach higher targets is definitely a skill that can be incredibly frustrating and take a while to master. When you do and then switch your control to docked and switch to the pro controller, you need to learn how to do it all over again. It was very frustrating and I rage quit over this many many times.

That being said the gorgeous beaches, water parks and docks are filled with characters, cinematic cut scenes with talking characters and after the empty castle in Super Mario 64, it is a great change to see the vibrant world of Super Mario Sunshine.

Then we move onto Super Mario Galaxy, my favourite 3D Mario game of all time (you heard correctly!) This is definitely the most beautiful of the three and the upscaling to HD jumps to a sweet 1080p when docked, rivalling Super Mario Odyssey in looks. The gameplay again has not been touched and the levels are story are unaltered.

It’s not all good news though. The controls are truly terrible and the worst out of the three titles. If you are playing in hand-held mode you are forced to use the touch screen and if like me, you are really not into this, you will find it infuriating. The good news is you can dock the console and grab the pro controller, you still need to use the gyro controls in some parts and you can aim and point to grab star bits off to the side if you don’t want to run over and pick them up.

Visually the game boasts a 1080p upgrade and also manages to maintain 60 frames per second. The quality does seem to go up and down depending on what is happening on the screen, It is the most colourful out of the three titles and the colour banding helps. The surfing level when you are riding a ray showcases some incredible water effects that look very similar to beach scenes in Super Mario Odyssey.

The good news is that these three games are finally available together in one package on a portable system like the Switch. They are great examples of 3D open world platformers starring Nintendo’s mascot. While Super Mario Galaxy 2 is noteably missing (REALLY missing that Yoshi action!), hopefully this is coming as possible DLC or a seperate title sometime in the very VERY near future.

Apart from the three games, you also get access to the soundtrack from each game. You can have this playing while your Switch is in Sleep mode or you are browsing the Eshop. Unfortunately there isn’t anything else like art galleries or behind the scenes information that titles like this usually offer. While this isn’t a deal breaker, it would have fleshed out the package a bit more and been a real treat for fans.

Super Mario 3D All-Stars is the must have game for Mario fans. It is a beautiful HD package that will keep you coming back for more. While there isn’t a full package of remade graphics and behind the scenes that we wanted, it is the first time that Sunshine and Galaxy have been released outside of their release consoles, and this is enough to justify the price. You need to get on this game quick as it is only available for sale till March 2021.