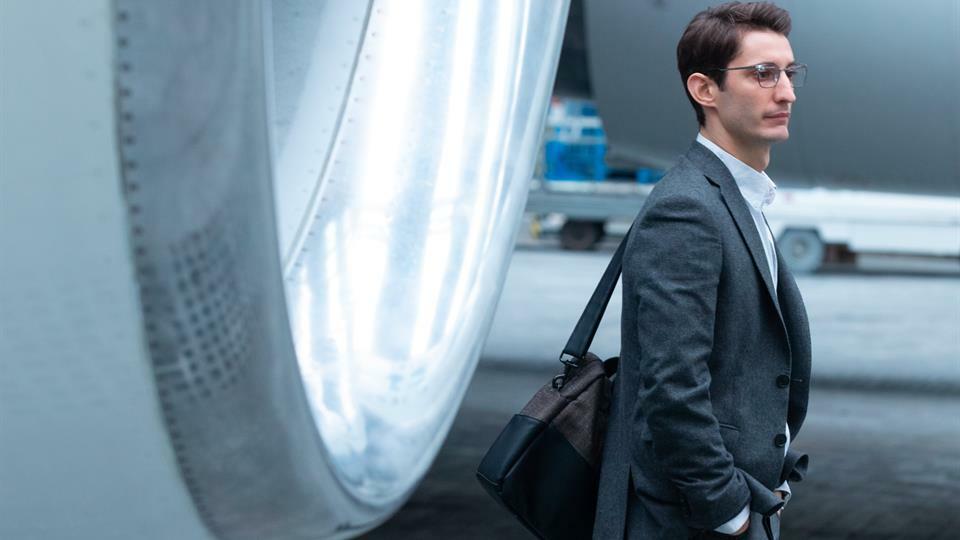 The ‘black box’ is a recording device that is fitted into all aeroplanes. Their purpose, in the event of an emergency or crash, is to have a record of everything leading up to the event so a precise evaluation can be made as to what went wrong. When a brand-new, state-of-the-art airplane mysteriously crashes and kills all 300 people aboard, gifted black box analyst, Mathieu (Pierre Niney) believes there may be more to this recording than initially found.

Black Box is a very well-made investigative thriller with Yann Gozlan at the helm. The direction and editing are very purposeful and tight, mixed with slick and eye-catching cinematography. There are some great shots in this film that create a visceral nature that truly immerses the audience into the mind of Mathieu, seamlessly transitioning in-and-out of scenes that take place both in reality and back on the plane during the crash. Director Gozlan visually captures a brooding atmosphere which is the core of this movies tension. Another great aspect of these visuals are the intricate sets that have been created for the movie, which go along way with not only making the story feel incredibly authentic, but grand even in its small-scale spectacle.

The script that was co-written by Gozlan and three other writers treads a very fine line. On paper, Black Box does not add anything new to the investigative-thriller and rarely ever strays away from the formulaic approach in telling its story. In fact, most of the twists are quite predictable and the emotional arcs for the main characters hit every beat expected like a bullseye.

Normally, this is a total detriment to a film, feeling like the movie being watched is just a rehash of every other movie in its genre. But where Black Box differs is that it does all the little things perfectly (the great cinematography is a big part of this) and slowly revealing its plot over time, allowing room for the actors (especially Niney) to settle into their characters and get the audience on their side.

The film is a slow burn, but it is one of those slowly paced films that is deliberately reeling the audience in with intrigue, frustratingly (in a good way) desiring to find out what is going to happen next. Ever secret that Mathieu uncovers simultaneously brings relief and more frustration, which is a testament to the script and even more so, Niney’s nuanced and subdued performance akin to Joseph Gordon-Levitt as Edward Snowden.

When an investigative thriller is made as well as Black Box has been made, it begs to be seen. Even when the movie is at its most familiar feeling tonally, a visual feast with a standout lead performance keep eyes glued to the screen, knuckles white and bodies on the edge of seats.