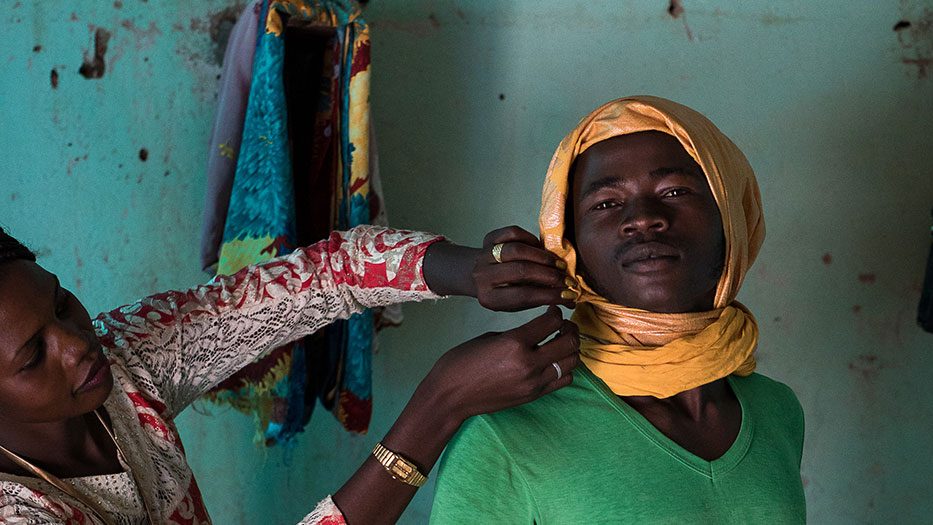 If there’s one thing film can do it’s transport you to another place, another world. Akasha does exactly that. The comedy takes the viewer on a journey through the Nuba Mountains of Sudan. Giving a short glimpse into a world most will never experience.

During the wet season in Sudan, both sides of the South Sudanese Civil War stop fighting due to the excessive mud. During this time soldiers head back to their families to help with farming and other duties.

One soldier in particular, Adnan, while back at home found love with Lina. But the situation becomes complicated when he is torn between his love of his AK47 named Nancy and the love he has for Lina. To make matters worse, he left his AK47 at Lima’s hut.

Soldiers are being rounded up from the villages to start heading back to the war. Absi has been on the run for a number of years and doesn’t plan to join the war any time soon.

As the soldiers come through Absi’s village, he runs past Adnan to alert him. As the two run off together, Adnan soon discovers Absi has been running from the war for a long time. He’s no soldier and doesn’t plan on becoming one.

Before Adnan can go back to the war, he and Absi plot some creative ways to get his AK-47 back. And so, the hilarity begins.

While Akasha has English subtitles, the humour is not lost. The jokes that are verbalised still get a giggle from the crowd. And the visual jokes – like when a baby is taken from one family to help a disguise – hold just as strong as they would in any country.

The great thing about Akasha is the treat of spending the time watching this story unfold in Sudan. The beauty of the land and the culture the viewer gets to experience really adds to what a little gem of a film this is.

To add to the setting is the wonderful use of colour and vibrancy throughout. With lots of bright colours even the brown of the mud seems to radiate.

Overall, Akasha is a funny film to watch. It’s interesting to note, no matter where you are in the world the humour translates in just about any language. But it’s not just the humour that carries this film, it’s the wonderful journey through the mountains of Sudan that adds to making this film a quirky little must see.