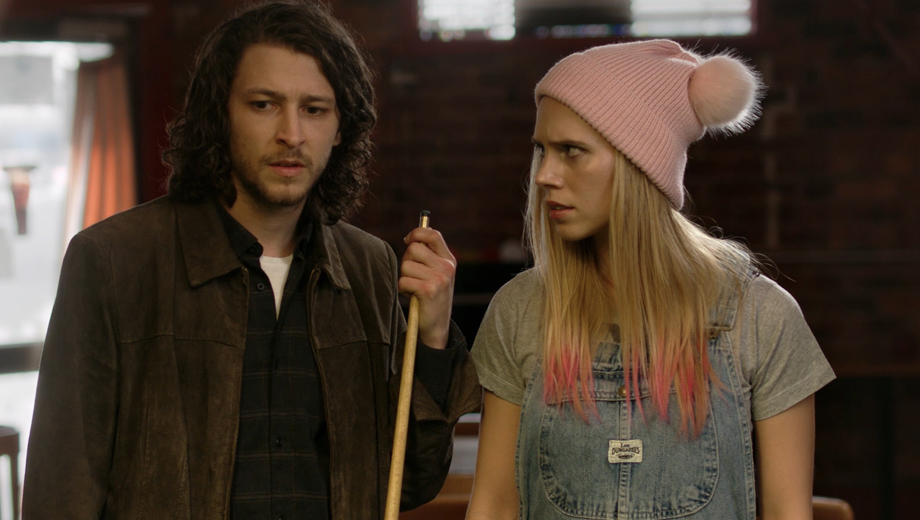 The great thing about Melbourne International Film Festival is the chance to view new films for upcoming directors. The first film from Aussie director Adrian Ortega is a road trip movie about love and self-discovery. The movie is held together by a great story, outstanding performances from its lead actors and breathtaking cinematography delivering one of my favourite films of the festival and the year.

The story follows Alex (Jack Michel) a closed off loner who is driving the scenic route to Melbourne. Along the way his trip gets crashed by Lily (Senie Priti) who is an outgoing sanguine needing a ride. Along the way they run into car trouble and plenty of heart to heart discussions about life, love and their past and future.

The cinematography is breathtaking, the film showcases sweeping landscapes, wistful waterfalls and lagoons contrast against small country towns, petrol stations and cheap motel rooms. The camera work is incredible in the road trip scenes with shots switching between in car conversations and rolling hills and green fields on each leg of the trip.

Performances from Muchel and Priti are the standout of this film. They each play their own personality side to a tee. The introduction scene where Alex is purchasing petrol and the attendant is a voice coming from the floor, apparently from slipping over. The extreme caution and hesitation are showcased through this scene, similarly Priti jumping out in front of the car and hiding in the boot, with a sense of determined curiosity about Alex and how he operates. It does take a while for Alex to respond to Lily and break down his walls. This exploration of two polar opposites is worth the watch alone.

Cerulean Blue is the surprise of 2019, it offers an insightful look into two opposite travellers heading in the same direction. As the story reveals more of their past, it helps sell the premise and in turn grow affection for each of these wayward travellers. The film allows the characters to breathe and lets the cinematography tell part of the story. This film is a spectacular introduction for director Adrian Ortega and is one of the highlights of the Melbourne International Film Festival.