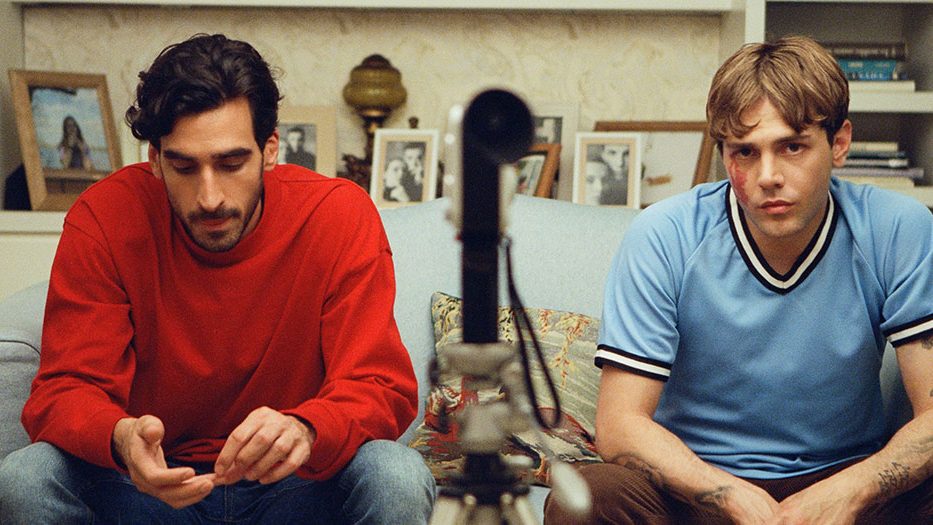 Only a small percentage of people will really only ever understand what Matthias & Maxine is about. On the whole, it’s that struggle being in love with someone you shouldn’t or can’t be with. But is also a great deal deeper with the struggle of personal identity.

A group of old school friends head to Rivette’s family lakeside holiday house for a weekend catch up. Cramping their style is Rivette’s sister Erika filming a project for her course. But when her two actors don’t make it, Maxime offers to help and Matthias loses a bet and has to help as well. What the two didn’t realise is that the scene they are required to do is a passionate kiss.

After the kiss, the two start to unravel and the countdown begins until Maxime travels the world. Their lives plagued with an underlying question about the kiss, their sexuality and their feelings towards each other.

Matthias & Maxime is a weird blend of Art House and Indie with a script resembling something a respectable budget. Its use of artistic shots like driving down the road and holding steady in the middle of the marked lines on the road, give it that art-house feel. The use of simplistic set and camera work mostly in the homes of the characters, give it the indie feel.

The dialogue between all the characters when they are sitting around the holiday house together is some of the most clever, hilarious and smart writing. It goes beyond the pages of the script and becomes something you would come to expect of a blockbuster film.

Director, writer and lead actor Xavier Dolan who already has a strong directorial background and acting career under his belt, including the recent hit film, Boy Erased, plays Maxime. His understanding of the subject matter and clever use of film shows throughout.

There is something natural about the comedy and interactions between all the performers that gives this film a very honest and real feeling. Together with the intimate use of cinematography make Matthias & Maxime a wonderful, heartbreaking and real journey to be part of.