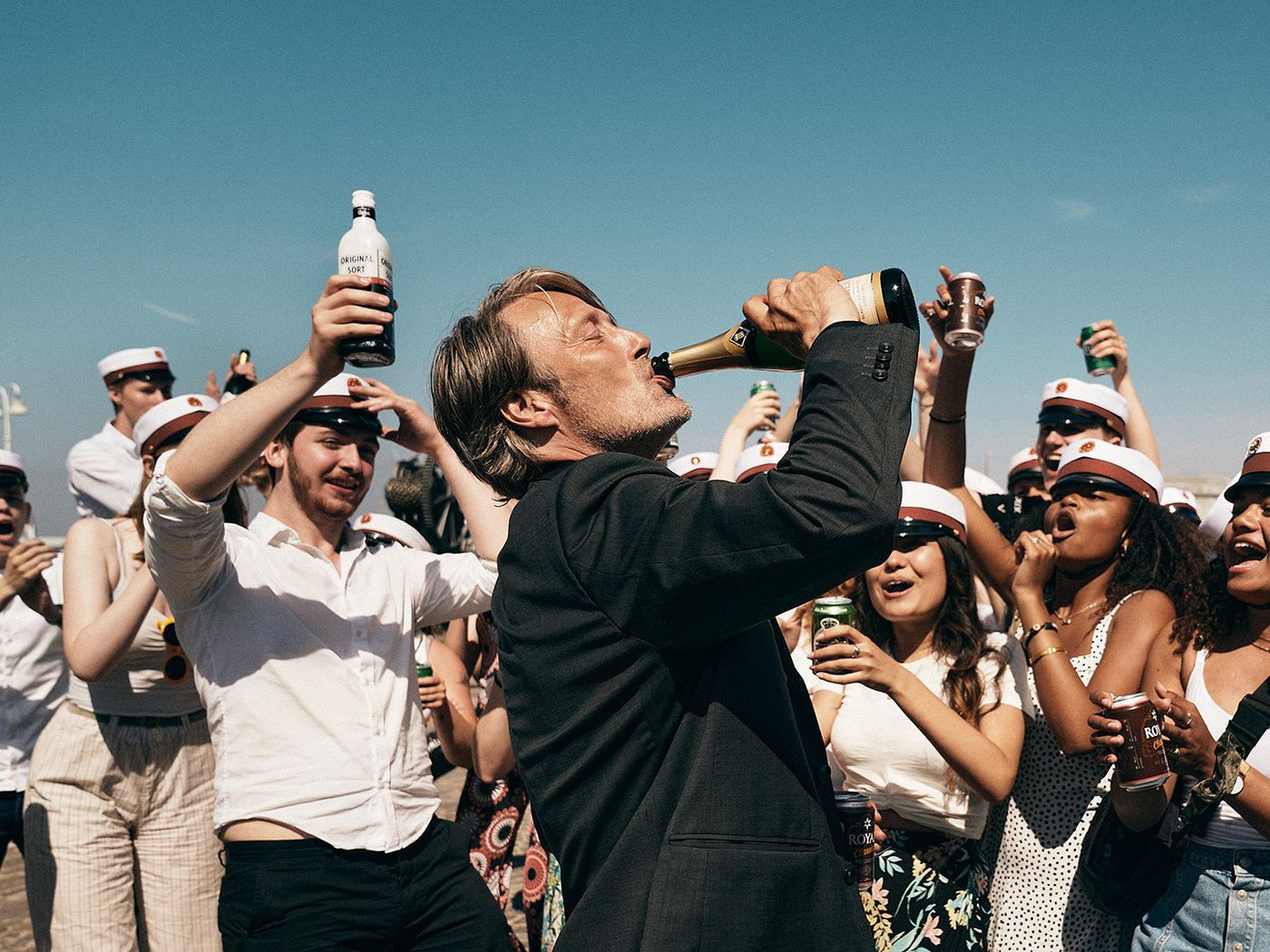 If there was ever a reason to drink, in the name of science is a pretty good one. Another Round is a hilarious and somewhat depressing look at a mid-life crisis. And once you can see past the fact the lead character once played a Bond villain, Le Chiffre, this film has a lot of heart even if it is a very masculine film that somewhat degrades women.

When four friends, all of which teach at the same high school, are celebrating Nikolaj’s birthday the seed is laid for an experiment that manages to get out of hand.

Martin hasn’t been happy for some time and is struggling to be motivated. His marriage is loveless and even his students are revolting at his teaching technique or lack thereof. When Martin’s friend Nikolaj tells of a theory that adults should maintain a blood alcohol per cent of 0.5 to improve their life, Martin’s was desperate to try.

Martin sneaks a bottle of vodka into the school and attempts to maintain some liquid courage throughout the day. Nikolaj realises Martin isn’t himself and ends up having to drive him home. The boys are called in and one by one Martin, Nikolaj, Tommy, and Peter embark on a scientific journey which will see them become better husbands, better lovers but most importantly better at their jobs.

Nikolaj documents the journey for the sake of science using his psychology background. And as the gents discover the benefits their new lease on life, thanks for the encouragement of alcohol, Nikolaj suggests they increase the percentage to see what doors will open for them. But after a night of absolute debauchery, the men realise they’re gone too far.

The Dutch film is a masterful look at the culture of drinking and the midlife crisis. And while it seems to encourage drinking while a lot of Hollywood does what it can to show the darker side of alcohol, Another Round doesn’t encourage it, nor does it discourage it. It just shows how it is.

Lead by the ever talented Mads Mikkelsen with his deep haunting eyes and almost evil smile. You’ll know him most for his role as Le Chiffre in Casino Royale, with his bleeding eye. Not famous for his ability to incite laughter, there is something that works with Mikkelsen’s interpretation of this character. Lost but hopeful. Humorous but not funny.

There is always something commendable about an actor who can play a drunk. The key is to play a drunk pretending to be sober. Much like an actor who is upset and rather than trying to cry, holds back the tears. Mikkelsen and his co-stars manage to capture the beauty of a drunk pretending to not be drunk unless the scene calls for it, like their dancing in the street at the end of the film.

Like any foreign film, there is always the distraction of subtitles. Another Round has a natural flow and it’s easy to quickly move past the words and enjoy the scene. There are also times where you almost forget you’re reading as you’re so immersed in the scene.

Overall, Another Round is a wonderful film that will leave you smiling and wondering if maybe you should sneak in a glass of wine before any meeting. It’s wonderfully written and directed with a clear idea of what this movie is about. From start to finish the characters are perfectly executed and the performances by the cast are truly at the top of their game.