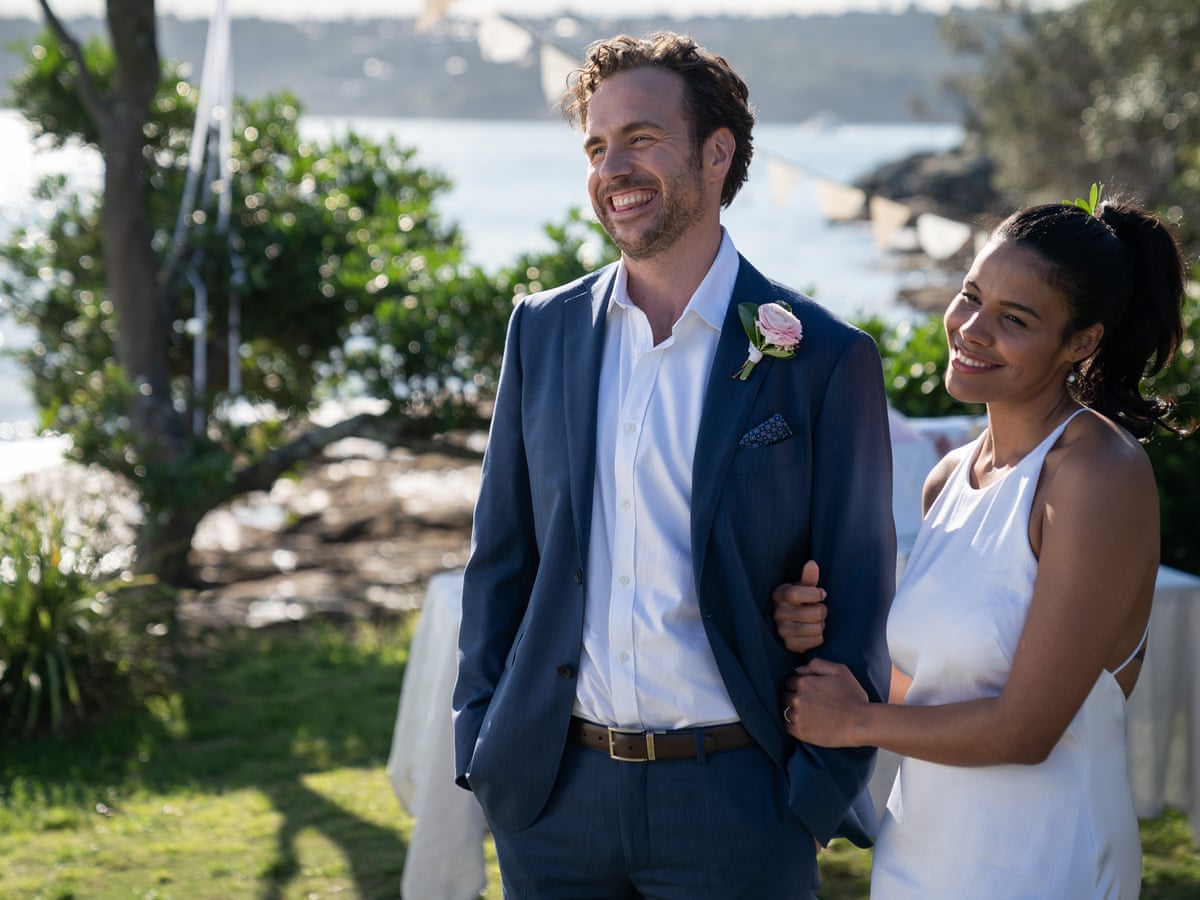 There is something nice about watching a film where there is absolutely no requirement for the viewer to do anything but enjoy what they are watching. Long Story Short is a wholehearted and funny look at how fast life can get and when saving everything for “later”, might not be worth it. The best thing is, Long Story Short isn’t anything new or original, it’s just done slightly differently.

Teddy (Rafe Spall) is running late to a New Year’s Eve party and in a rushed moment manages to kiss the wrong date, Leanne (Zahra Newman). This kiss manages to turn into the love of his life, saving him from a terrible decision of staying with Becka (Dena Kaplan).

Teddy is the kind of person who struggles to make decisions and while working in a job he hates, enjoys the money it makes him. But when a strange lady confronts him in a cemetery, she puts him on a path that shows him just how his life could turn out if he continues along this path.

Teddy wakes up thinking it’s the day after his wedding. Only to his surprise, he’s a father to be. The gift from this strange lady at the cemetery sends Teddy every few minutes forward a year. His first child, an unhappy marriage, divorce and his friends leaving him.

The whole while Teddy thinks all he has to do it make things right. But what he quickly learns, is trying to make things right isn’t the answer to life. It’s all about listening, compromise and not leaving everything until “later”. But with his new-found knowledge, will Teddy make the changes necessary to save himself and be there for his family and friends.

On the surface Long Story Short is just a fun film about a guy who couldn’t get his life in gear and with the help of time travel gets shown all the things he can fix. But when you dig deeper there are a number of subtle hints, we can all take with us. There is a storyline where Teddy uses his best friend Sam (Ronny Chieng) to help him along the way. But in once instance, Teddy doesn’t listen to Sam in the one time he asks for help. The consequences are dire from not doing the one simple gesture of listening.

It’s all from the wonderful humour and talent of Josh Lawson. One of Australia’s much-loved comedians. His acting work can be seen right back to the days of Thank God You’re Here. Aside from popping up on many a TV series in Australia, he’s also shown he can handle the big screen with parts on Bombshell and Anchorman 2 not to mention the soon to be released Mortal Kombat reboot as Kano.

Lawson knows how to bring life to a character. He also manages to find these traits in people that would otherwise go unnoticed and use that in creating characters for his scripts. His characters become exceptionally relatable to the point that it is someone you know.

Bringing Teddy to life is English Actor Rafe Spall. Charismatic and as it turns out quite a range as an actor. From the villain in Jurassic World to the kind writer in Life of Pi, Spall manages to tap into a loveable jerk in Long Story Short. His quick wit and perfect timing of his lines, Spall holds his own in every scene. And there are a lot of scenes back-to-back where he still manages to give all the energy all the while emanating chemistry with his screen partners.

Overall, Long Story Short feels like the movie About Time, whereby travelling through time you can correct your future by fixing the past. It’s not an original idea, there’s no gimmicks or mind hurting science in Long Story Short. It’s a love story and a timely reminder that “later” might not be worth it.

Previous article
Earwig & The Witch Review
Next article
Another Round Review