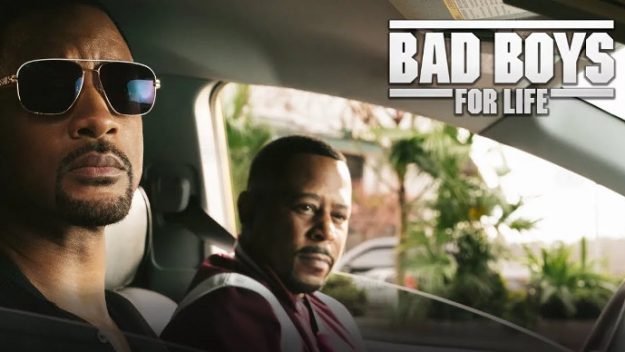 In the age of remakes, sequels and re-boots to old and forgotten franchises, Will Smith and Martin Lawrence reunite for the third instalment in the Bad Boys franchise, the first since the second film’s release in 2003. Since then a lot has changed. Smith has gone on to become a huge action star and in the last few years appeared in a lot of flops. Lawrence semi-retired from acting, not appearing in a movie since 2011. 17 years later the duo are back for a third outing with a brand new director that combines some up to date action sets and a story that justifies its existence for a new chapter in the story. Throw in some great chemistry between Smith & Lawrence and a bunch of talented new additions to the cast, Bad Boys 3 is the biggest surprise of January and possibly of the year.

The story follows Mike Lowrey (Will Smith) and his cop partner Marcus Burnett (Martin Lawrence) as they are celebrating 20 years as partners on the force. Marcus wants to retire as he has just become a grandfather, while Mike is struggling to deal with the fact he is getting older. A mysterious assassin attemps to take down Mike and the two must get back in the game to uncover the identity of the killer and stop him from killing everyone Mike loves.

It’s not as easy as it sounds, due to their age the duo are forced to team up with AMMO Squad who are trained in using tech like drones etc to take down the bad guys. They are led by killer Rafe (Charles Melton) tech specialist with a secret Dorn (Alexander Ludwig) and bad ass Kelly (Vanessa Hudgens). All of the cast bring their A game here, Smith and Lawrence still have incredibly chemistry and can have you laughing hysterically one minute and then on the edge of your seat the next. It is something that is really difficult for actors to get and while the younger cast are a lot of fun and interact well, it really is Smith and Lawrence who steal every scene they are in together.

Directors Adil and Bilall bring a fresh new prespective to this movie. They bring the influence of other high grossing blockbusters like Mission Impossible and the Fast and Furious series. The action sequences are tight and shot incredibly well. They feel very refined and the camera work is something that modern action movies should aspire to. Aside from the action, the story makes sense, it warrants the need for this third outing and the lead characters needing to team up for one last mission.

The previous films directed by Michael Bay never delved too deep into the characters and their relationship, it was fairly surface level, what this third film does is show a more human side to Mike and Marcus, allowing us to get emotionally attached to them and their families and caring about what happens to them. Going in I thought the film was going to be very bro-centric and instead this film showcased a warmer side to their friendship while still managing to be a great action movie.

Bad Boys For Life is not a perfect film, it has some pacing issues and some of the acting (DJ Kahlid!) is sketchy at times, but for the most part it is a solid action film that offers some substance when it comes to its characters. Smith and Lawrence’s reunion is something that should be celebrated, particularly when their chemistry is as strong as it is here. An updated approach to the action sequences ensure the film is relevant for today’s audiences and the introduction of a next generation cast rounds this out to be the most surprising January film of 2020.

Like Loading...
Newsletter Signup
In this article:action movies, bad boys 3, bad boys for life, Martin Lawrence, movies that rock 2020, will smith
Up Next: