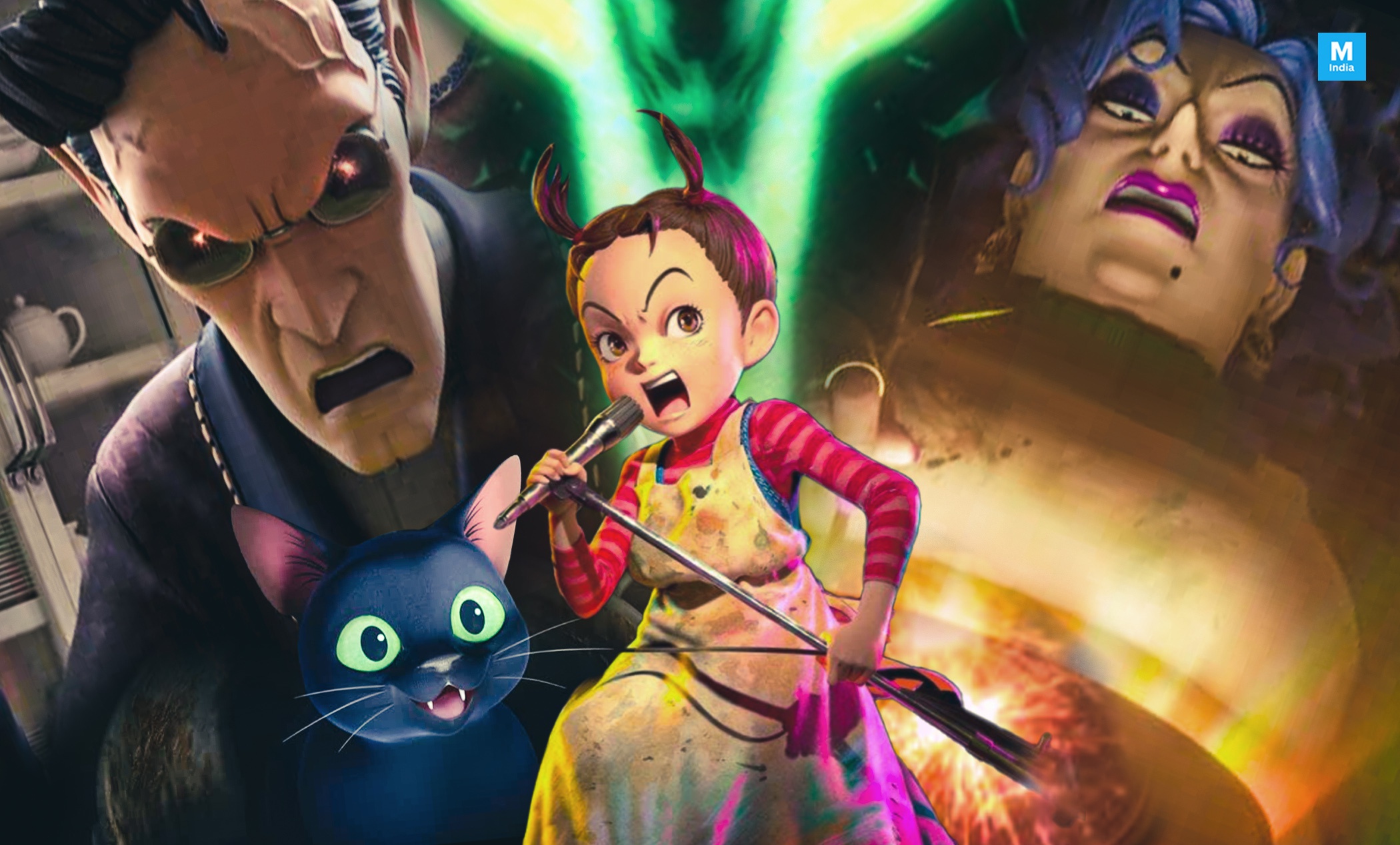 There’s nothing more exciting as a child than the thought that maybe you might have a superpower. Like the many stories before, Earwig and the Witch is a wonderful story about a parentless child that grows up to learn they are born with magic.

Earwig’s mother leaves her on the doorstep of an orphanage in hope she will be kept safe from harm. Not that she’d have ever been concerned. Earwig grows to be a young independent lady who manages to keep everyone in the Orphanage wrapped around her finger.

From the chef cooking her favourite meal to the girls relying on her postal system. Earwig has it all and along with her best friend Custard, has no need to ever worry. No one questions her and if they do, she’s got the answer. Earwig has no intention of ever leaving. That is until witch Bella Yaga adopts her with The Mandrake.

Bella Yaga had other intentions for Earwig than wanting to mother a child. She needed an extra set of hands to whip up her potions and prepare some meals. Not quite how Earwig thought this would work out for her. But in true style, Earwig manages to flip the situation and is soon being taught magic and reaping the benefits.

The movie is based on the children’s book by the same name by Diana Wynne Jones. A British fantasy writer who is most famous for How’s Moving Castle.

This is not the first book of Wynne Jones to be adapted by Ghibli Studio. However, it is the first venture into the computer-generated film world for the studio. The studio you’ve come to know for Howl’s Moving Castle, Ponyo and Spirited Away. Keeping aside how wonderful the studio’s animation has been thus far, Earwig and the Witch hold nothing on the Disney or Pixar studios CGI. There is a lack of detail and a rather simple and unimaginative visual journey to accompany the story.

While the story at a simple level is enjoyable and easy for a young audience to digest. An older audience will be left with more questions, than answers. But this can only be justified as opening up second or more movies to follow. Nothing to do with Wynne Jones, this is clearly a directorial decision for the movie.

A wonderful feature of Earwig and the Witch is its use of music. The music is embedded in the story with the subplot being about a band that broke up. The use of pop-rock for a magic film doesn’t work and yet works perfectly at the same time.

Overall, Earwig and the Witch is a standard animation. An age-old story, simple visual appeal and as a whole nothing special. It will easily appeal to a younger audience where the story and visual entertainment will be enough. But for an older more questioning audience, it does tend to fall a little flat.

Earwig & The Witch is in Australian cinemas now and is streaming on HBO Max in the USA.