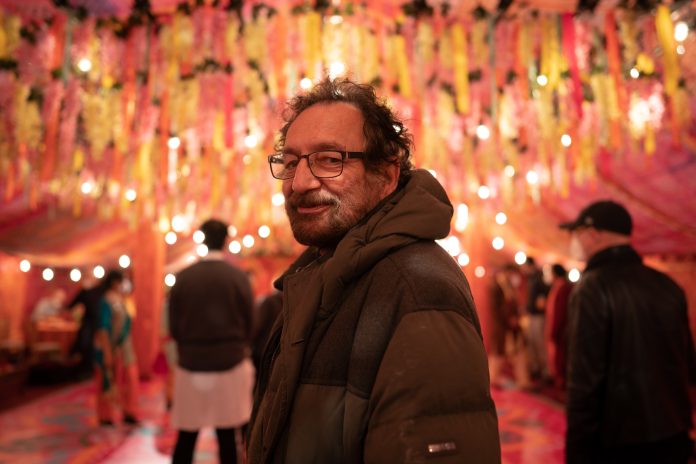 How do you find lasting love in today’s world? For documentary-maker and dating app addict Zoe (Lily James), swiping right has only delivered an endless stream of ‘Mr. Wrongs’, to her eccentric mother Cath’s (Emma Thompson) dismay. For Zoe’s childhood friend and neighbour Kaz (Shazad Latif), the answer is to follow his parents’ example and opt for an arranged (or “assisted”) marriage to a bright and beautiful bride from Pakistan. As Zoe films his hopeful journey from London to Lahore to marry a stranger, chosen by his parents, she begins to wonder if she might have something to learn from a profoundly different approach to finding love.

To celebrate the release of What’s Love Got To Do With It? – in Australian cinemas January 26, I was lucky enough to chat with the film’s director, acclaimed filmmaker, Shekhar Kapur, while he visited Australia promoting the film. 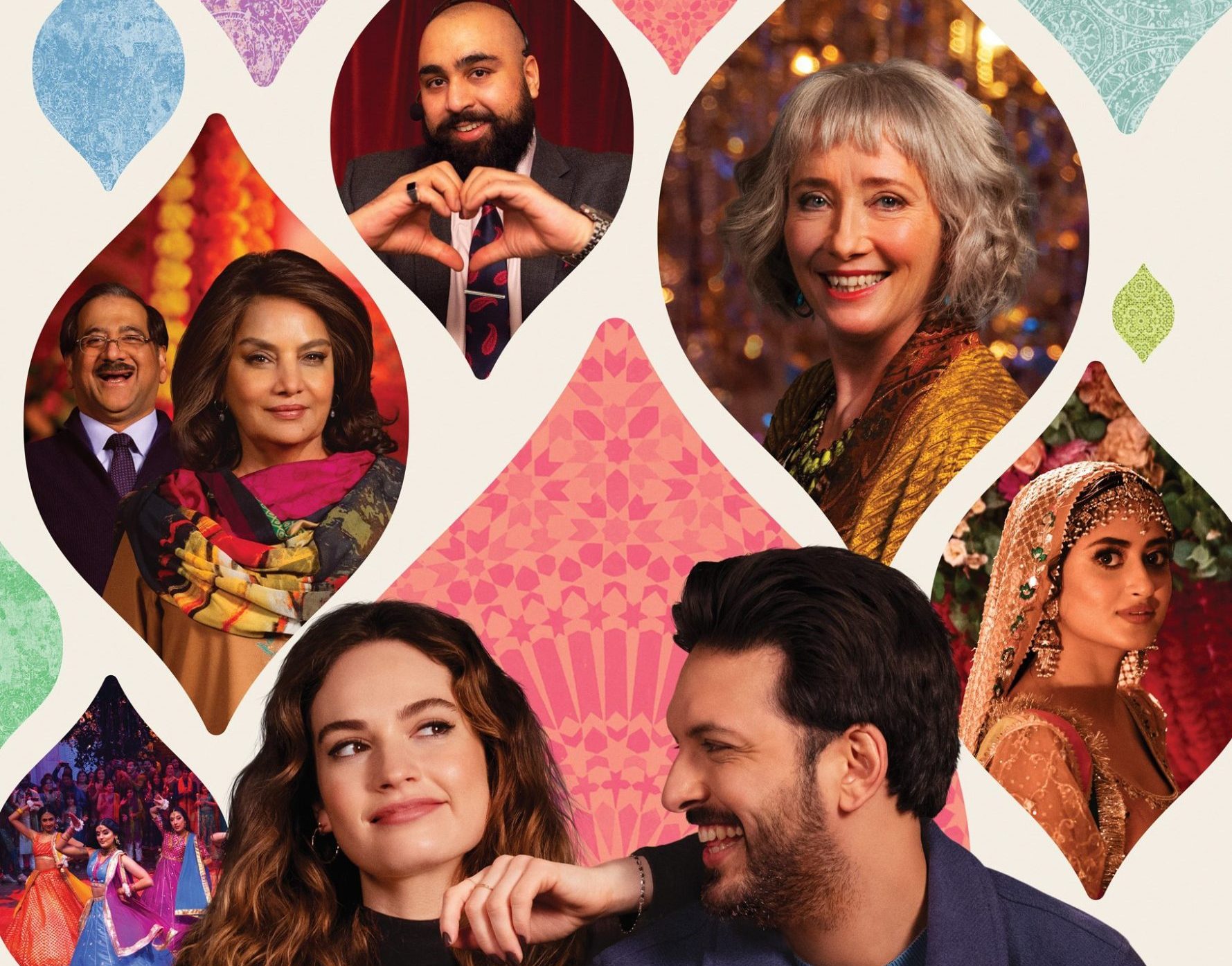 Nick: Mr. Kapur, it’s a pleasure to meet you, and welcome to Australia!

Nick: I was lucky enough to watch your film in a very diverse crowd, and the main thing I noticed is that no matter whether a joke was in English or Pakistani – the crowd all laughed together at the same jokes. How important is it to you that this film is so accessible to such a universal audience?

Shekhar Kapur: There is such a universal language in this film. I learned my filmmaking in India, with what we call Bollywood. And Bollywood for us is family films, comedy films, tragedy, emotion, drama. And when I came to this film, it didn’t seem strange to me that there was a lot of laughter, because I believe film is not actually one particular genre.

I want my audience to be kept in the movie, and if there is no humour or lighter moments, then my drama won’t work. It won’t work without a certain amount of jokes to accentuate that. And there is no better character in the film that proves that point more than Emma Thompson’s. She says funny things, but she always means well.

Nick: In mentioning your previous filmography, you’ve done some massive scale projects, like the Elizabeth films. This seems to be one of your only contemporary-era set films – does your filmmaking approach change based on when your film is set?

Shekhar Kapur: You know, this is my first contemporary film set in the West! Everything else has been kind of historical. And the funny thing with historical films, is that they’re not really historical. I still create my own world. With Elizabeth, the New York Times said that wasn’t what the courts looked like. And if you study the time of Elizabeth, they say the film is closest to what the courts look like, but it’s all about the world you create.

This is the first contemporary world I created, but it’s still not that contemporary. I was wary of that and didn’t want to move to far away from the drama and spirituality, peppered with the humour. That’s a bit part of why I wanted to make this film. 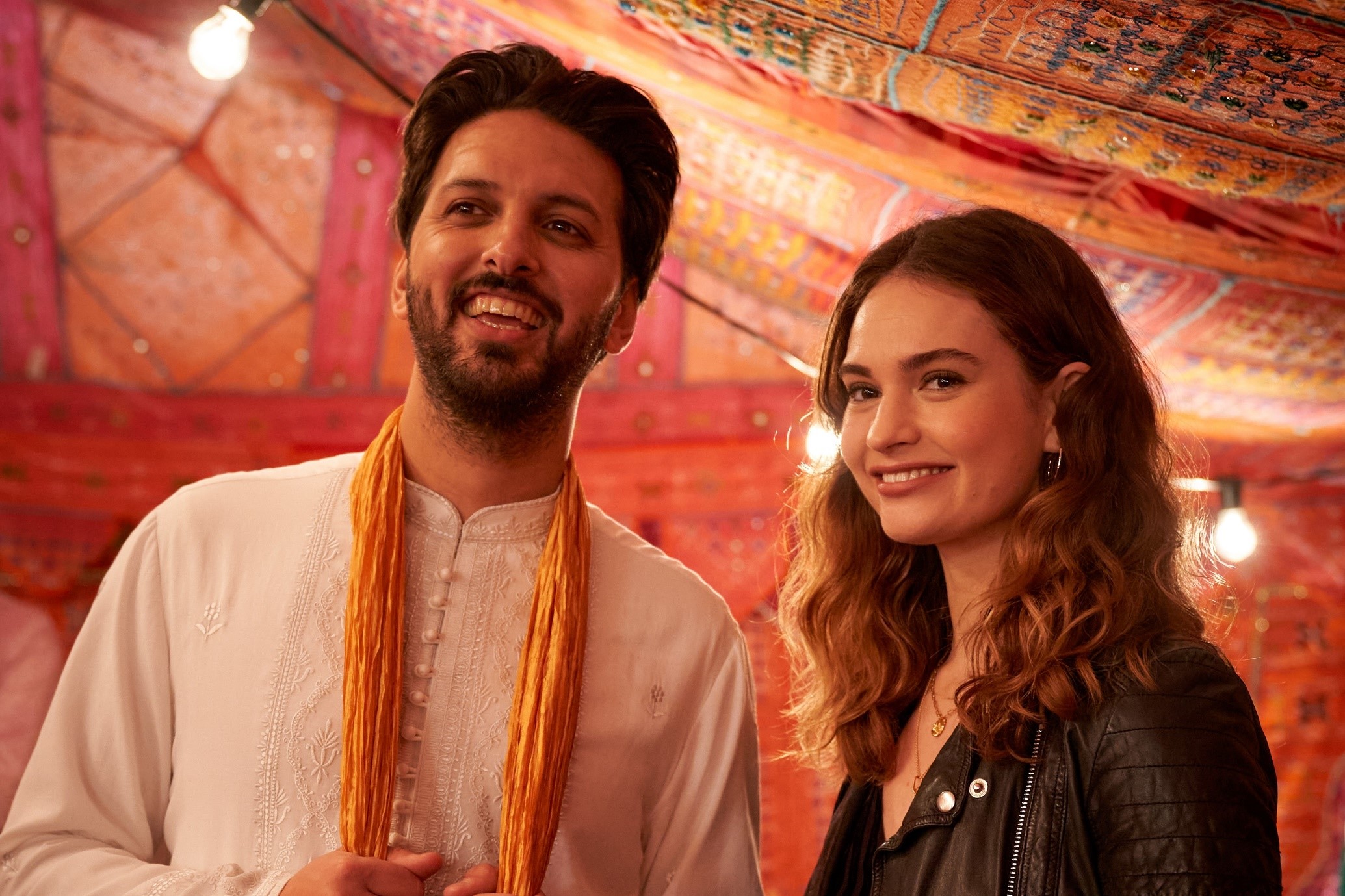 Nick: I’m curious to find out more about what really drew you to making this film. What was it about Jemima Khan’s script that really made you say: “I want to make this film”?

Shekhar Kapur: It was the character of Zoe. It was the fact that I’ve seen this a lot around myself and my friend. What is casual sex? We have Tinder and all the other apps, but I’ve always wondered what it means to search for love or sexual intimacy. The greatest anxiety, even if you can’t fully define it, is to find intimacy.

Even though rom-coms are supposed to define it, love is a process. Love is a mystery. And if we don’t search for it without knowing it’s a mystery, then romance doesn’t exist, love doesn’t exist, and life doesn’t exist. Comedy did attract me in a way, but a lot of it was the interesting characters.

Nick: Speaking of Zoe (Lily James), one of the elements of this film that fascinated me was how Zoe uses filmmaking to show the other side of something to people who may not know about it, or be ignorant to it. How has film as an artform helped you understand aspects of your life? And is that an conscious aspect of your filmmaking to show people an alternative side of something?

Shekhar Kapur: Yes, but I would temper that statement by trying to help myself understand, too. Because if I wasn’t an essential part of the characters—there is no film I’ve ever done where I am also not the character. I am Elizabeth. I am Zoe. A lot of me goes into every character that an actor takes on. If I can’t find myself in the character, or somebody that I know  when I can’t identify myself as the character, I don’t know how to make the film. I’m finding myself along the journey, and I’m hoping audiences are finding themselves, too.

Nick: I understand what you mean, and I think you can tell how invested you are in these films and characters outside of the film too. I recently watched the Q+A you did for What’s Love Got To Do With It? at it’s TIFF premiere. And watching you introduce the cast and crew with such passion and love for them genuinely brought a huge smile to my face. How important is it to you to have that energy, atmosphere and love on set?

Shekhar Kapur: I really try, and try, and try to create a very intimate moment for me and my actors. A sense of love between each one. I try and create a zone, and sometimes people don’t understand it, because if they interfere with that zone, I get very upset. But, by creating that zone for me, the actors, the DOP and everybody else, is really important. 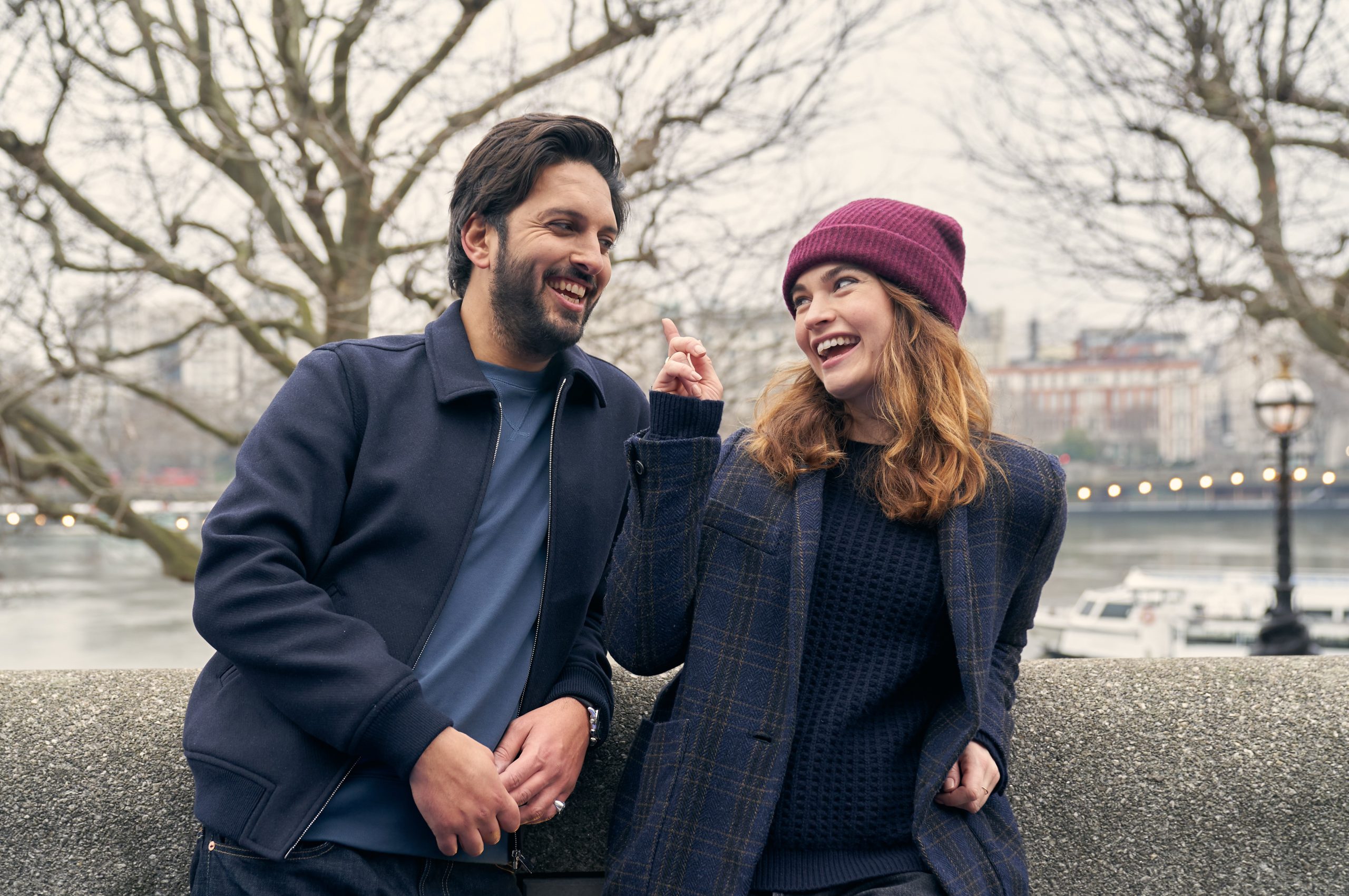 Nick: Adding on to that, you’re once again working with the amazing Shabana Azmi. And I’m sure you had stayed in touch with her over the years, but what was it like reuniting back on set? How had your working relationship evolved since the last time you worked together?

Nick: And you also feature Asim Chaudhry who has a handful of hilarious scenes as Mo the Matchmaker. How much free range do you give a guy like that to just run with the jokes? And were there any great jokes that you loved, but sadly have to cut from the film?

Shekhar Kapur: Oh yeah! It was the same with Emma Thompson too! Often there jokes could not make the cut, but that’s the nature of filmmaking. Before this, I didn’t know him at all! I saw him on some TV ads, but every time the ad was on, I would laugh. Then when I met him, I realised he was a far deeper actor, because especially with comedy, you need to realise the character and where the joke is. Not just read the lines, and Asim really understood the character.

Thank you to StudioCanal for giving me the chance to chat with Shekhar Kapur. What’s Love Got To Do With It? is in cinemas January 26.