Review - Asterix : The Secret Of The Magic Potion 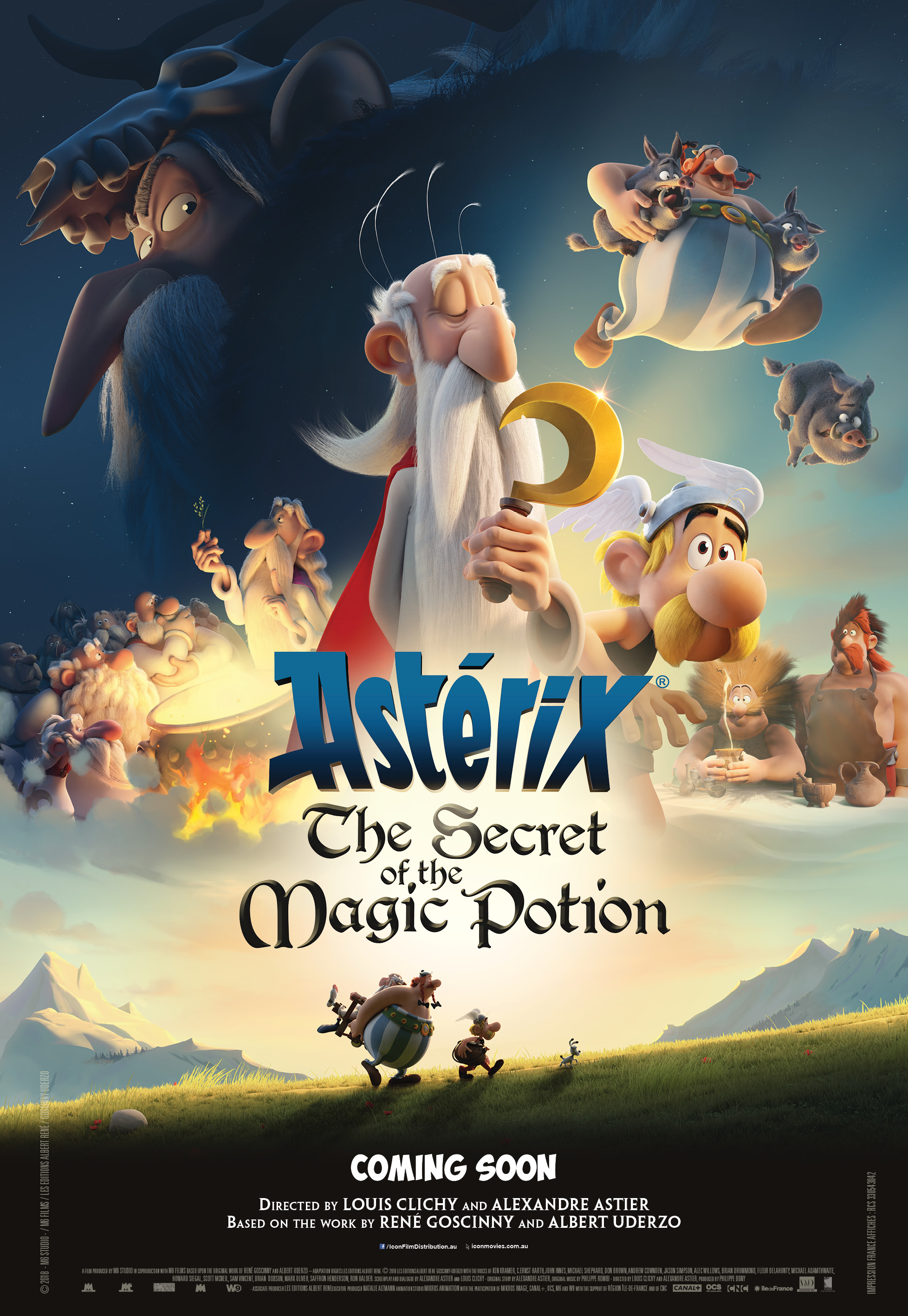 For over 60 years Asterix and Obelix have been entertaining audiences through comic books, TV shows, live action films and their recent foray into 3D animation which reintroduced the series to a whole new generation of fans. The combination of hilarious gags and pop culture references with a great story will please both young and old for a family film that truly caters for everyone. The attention to detail in the computer generated animation is jaw dropping, combine with voice talent that is dubbed over the French original. Everything about this film works, it is funny, its charming, its beautiful and it propels the series and characters forward.

When the village’s druid Panoramix falls out of a tree, he is convinced his lease on life is coming to an end. Afraid for the safety of the village he has sworn to protect with the secret of his magic potion, he enlists the help of Asterix and Obelix to travel the land to find a young druid to be his successor when his impending death happens. While they are on their quest, they are joined by the men of the village who believe it is their right to have a say in who will protect them and their secret after Panoramix is gone. This in turn leaves the village vulnerable to attack from Ceasar and his Roman army when spies report that the men have left the village.

If this wasn’t enough a rogue druid Sulfurix is also seeking Panoramix and his potential successor to manipulate into giving him the secret potion so he can rise to power and do away with the other druids who cast him out in the past. The magic potion gives the village super human like strength to fight off the Romans and keep their area safe from invasion. Without it the only one with real power is Obelix and we never really know why.

The film comes from a script from previous Asterix scribes Alexandre Astier and Louis Clichy create an entirely original story this time around which does encompass all the beats of the classic comics while making some sneaky winks to modern themes like selfies etc. This infused with “You Spin Me Around” yes, that one as the catchy pop song for slapstick montages and a hilarious battle scene in the finale.

Visually the film is an absolute feat of animation. The colour and detail in every shot are spectacular and really help this world feel alive. The animation for Obelix particularly when he is doing his barrell run is beautifully done. Even down to the berries in tree branches have been carefully crafted and detailed to look spectacular. There is a level of love that oozes from each frame to show just how much the animators care about these characters and this world.

Many studios have tried to reinvent old properties into 3D animated family films and most fail in delivering anything substansial. While we are forced to watch The Smurfs 4 and Despicable Me 6, what has been created here is an animated gem, a true family film that has a great message, beautiful animation and humour that suits both young and old. Asterix The Secret Of The Magic Potion is the surprise animated film that will please the whole family.

Like Loading...
Newsletter Signup
In this article:2019, animated films, animation, asterix and the secret of the magic potion, asterix movie review, icon films australia, movies
Up Next: