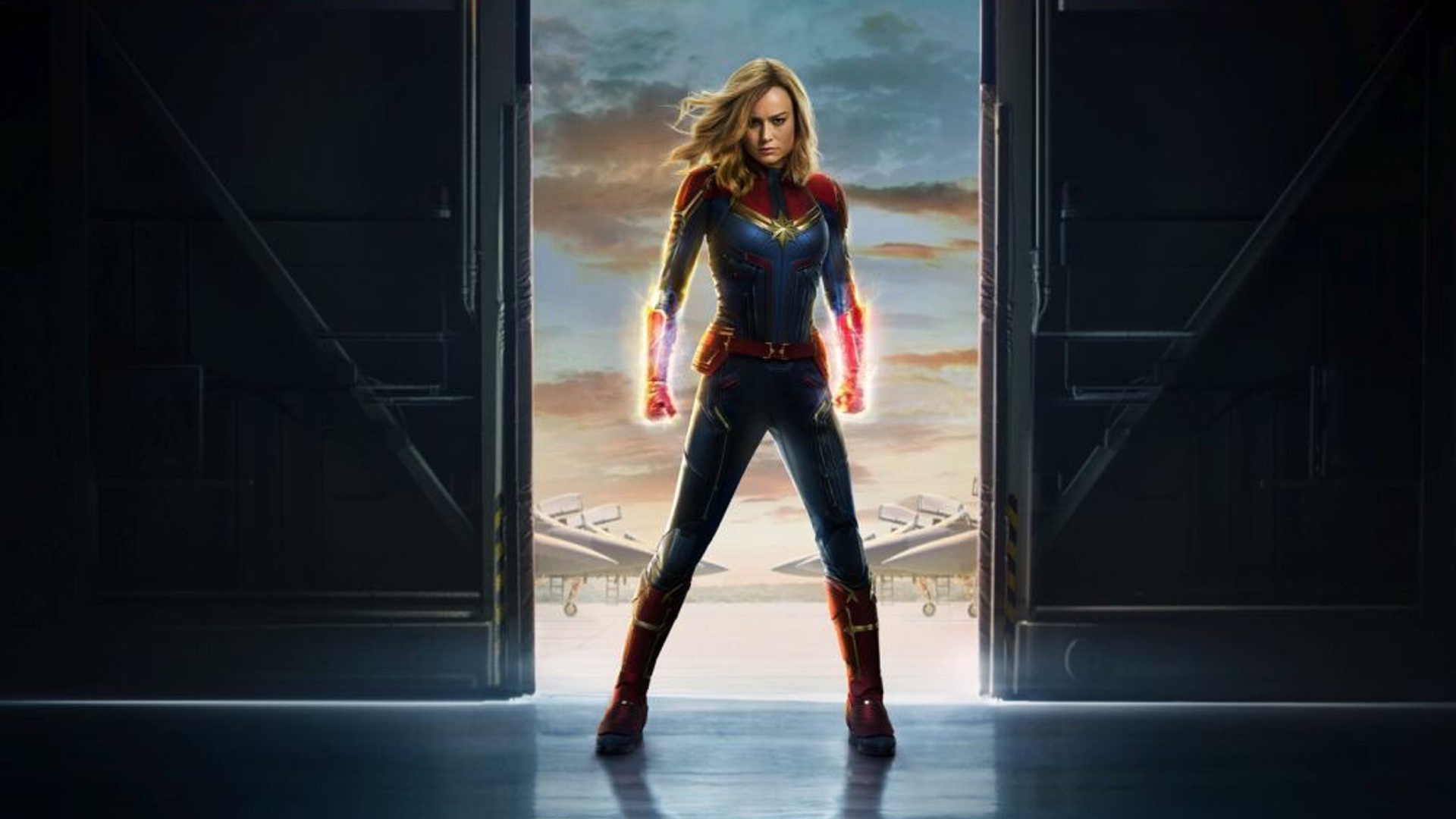 In the magazine for May 2018, Novastream released an article celebrating the many woman of Marvel. We have space duelling sisters, a rebellious inventing princess, and even a once Russian spy. But no one is like Brie Larson’s Captain Marvel.

After a mission gone wrong, Vers (aka Carol Danvers/ Captain Marvel) is separated from her militant Kree unit and captured by the shapeshifting alien race: the Skrull. Her memories are invaded and after a daring escape, she finds herself on Earth. With her Kree unit almost a day away, she is left to stop the Skrull alien invasion with the help of S.H.E.I.L.D Agent Nick Fury (Samuel L. Jackson), ex-pilot Maria Rambeau, and Goose the ginger cat.

The story itself, as with many space travel films, relies heavily on exposition during the opening scenes. There is always a necessity for this when there’s various planets, alien races, and religious like politics at play. There is room for improvement, but Captain Marvel, like it’s hero, wanted to get to the action. And once the titular character starts her own journey, the audience is locked in by wonderful characters, quirky 90s references, and all of its ties to other Marvel films.

Captain Marvel has succeeded to de-age Fury incredibly throughout the entire film while also making young Agent Coulson’s (Clark Gregg) de-aging quite unnerving. Although Coulson is not a major role, his intermittent appearances throughout the film are not up to the standard of Fury. Granted, his ‘intermittent appearances’ would be the very reason for this. For a character not shown often, high-quality visual effects are better put elsewhere.

The other CG elements, like Goose the cat at times, were very well accomplished. This gorgeous ginger isn’t just passed in the hallway as shown in the trailer either but is the source of multiple laughs and a key plot point to the whole cinematic universe.

However, like Coulson’s unnerving de-aged face, Captain Marvel’s head doesn’t mix well with its surroundings during huge fight scenes. In saying this, the drop in graphics here doesn’t actually take away from the magnificent spectacle that Captain Marvel’s powers create.

Because when Captain Marvel uses her powers the audience bares witness to a beautiful cinematic display of multiple supernovas exploding across the screen. From when her powers are restrained to when she releases full potential, her powers are a vibrant collision of colours aided by her witty colourful smirk.

Now, Captain Marvel herself is nothing like the heroes that came before her but also draws from their qualities and faults. These faults are, by no means, criticisms but something that needs to be praised. Because a character without faults is a character no one can relate to. She has Captain America’s attitude to keep fighting, Iron Man’s wise cracks, and Thor’s honour.

But more important, she’s her own hero. She doesn’t quite fill her boots yet and she’s over eager. She’s hot headed, intense, but she will do anything to do what’s right. She’s flawed, and she is exactly what I wanted in a hero.

Brie Larson portrays all this perfectly with her rambunctious attitude and devil-may-care tactics. And every element makes sense, drawn from her persistence to go higher, further, and faster because no one was going to hold her back.

So, don’t let anything hold you back from seeing Captain Marvel. It’s funny and cinematic with a captivating new hero everyone can enjoy. The visual effects may let it down at times, but when they get those visuals right it is a spectacle to behold. And as a lead up to Avengers: End Game, I couldn’t have asked for a better film.