Review – Deliver Us From Evil 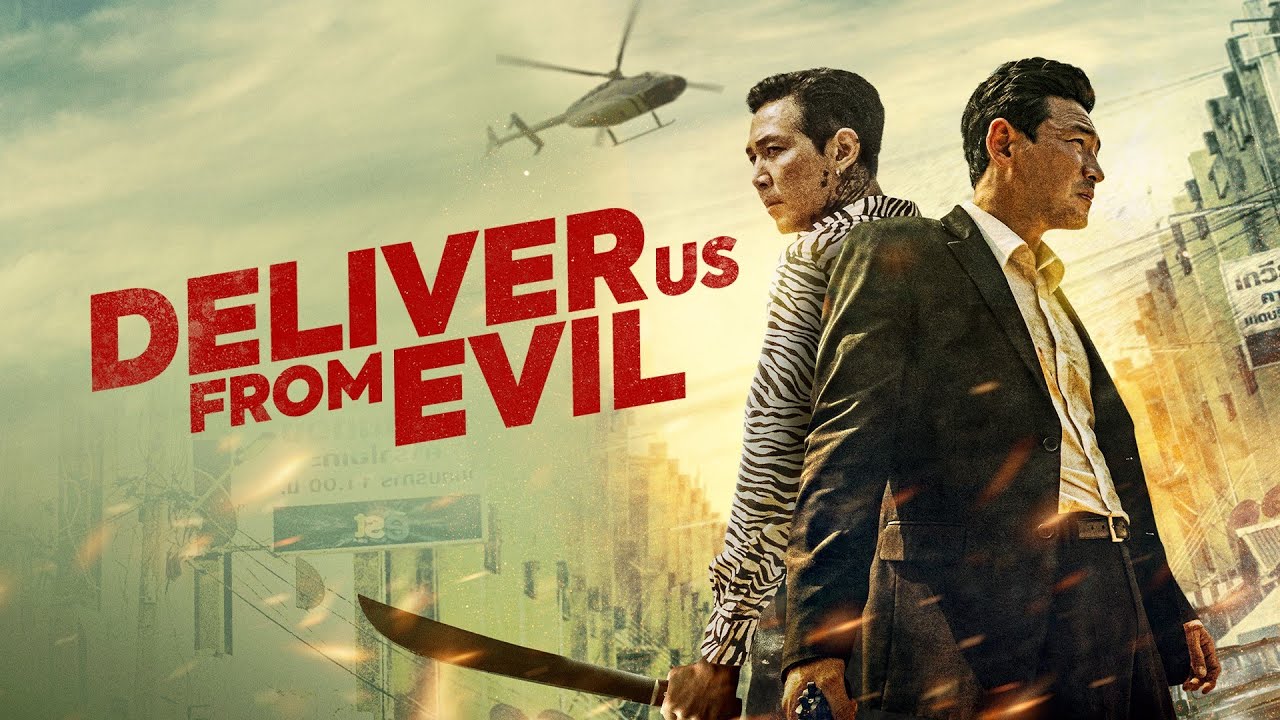 While nothing old is new again, Deliver Us from Evil manages to bring a new element to the “kidnapped child saved by a retired assassin” themed film. It brings a darker undertow making the it overall a lot grittier and at times sinister. For balance, it then adds this hilarious and sweet character stumbling her way around the chaos. Weirdly clever.

An elite assassin In-nam (Jung-min Hwang) has completed his final contract killing Japanese mobster Koreda. Exhausted from his lifestyle, he decides to retire in Panama. A decision that couldn’t have come quick enough as a family member of Koreda, Ray aka The Butcher (Jung-jae Lee), is seeking revenge and already looking for In-nam.

To complicate matters further In-nam learns he is the father of Yoo-min (So-yi Park) when he is named her next of kin by his now deceased ex-lover. The only problem, Yoo-min had been kidnapped only days before and is now Bangkok with a very bleak future.

Compelled to do the right thing and find Yoo-min to bring her to safety, In-man is in a race against the clock. Slowly following the path to find her, In-nam gets help from a transgender woman, Yui (Jeong Min Park). She helps In-nam navigate Bangkok and act as a translator to find Yoo-min. But just when they’re about to get her to safety, The Butcher shows up.

In an epic street fight, Yoo-min is set free from organ harvesting and runs away with Yui and a wealth of cash. As they set off to Panama as part of In-nam’s plan, he ensures Yoo-min will never being hunted again.

You’ve seen this film many times before. More famously, Taken (2008) gave this genre the spotlight and there has been a slow trickle ever since. What Deliver Us from Evil does differently is bring a darker side, making Taken seem PG in comparison.

Deliver Us from Evil tugs on the heart string of this little primary school girl whose organs are being harvested. It has these assassin’s that bleed their captured dry without remorse. And then it throws a funny trans character who somehow manages to balance out the evil.

It could also be down to the casting in how dark the film can be. Ray aka The Butcher played by Jung-jae Lee is terrifying to the point he is that of nightmares. Then on the other hand there is the absolutely sweet Yoo-min played by So-yi Park. Her ability to master the art of a distant stare is outstanding.

Visually the film is rather clever. Most of the film is set in Bangkok while the remainder in Korea and Japan. These two locations also play on the drama of the scene. Korea and Japan seem to have structure and a “life as normal” feel; Bangkok is the other, chaotic and unpredictable.

Overall, Deliver us From Evil isn’t anything new. But it is a whole lot darker and grittier. While the dialogue goes from Thai to Japanese Korean and English, it doesn’t matter what you understand or what subtitles you have to read. The action and fight scenes will have you too preoccupied to care much for the storyline and dialogue.