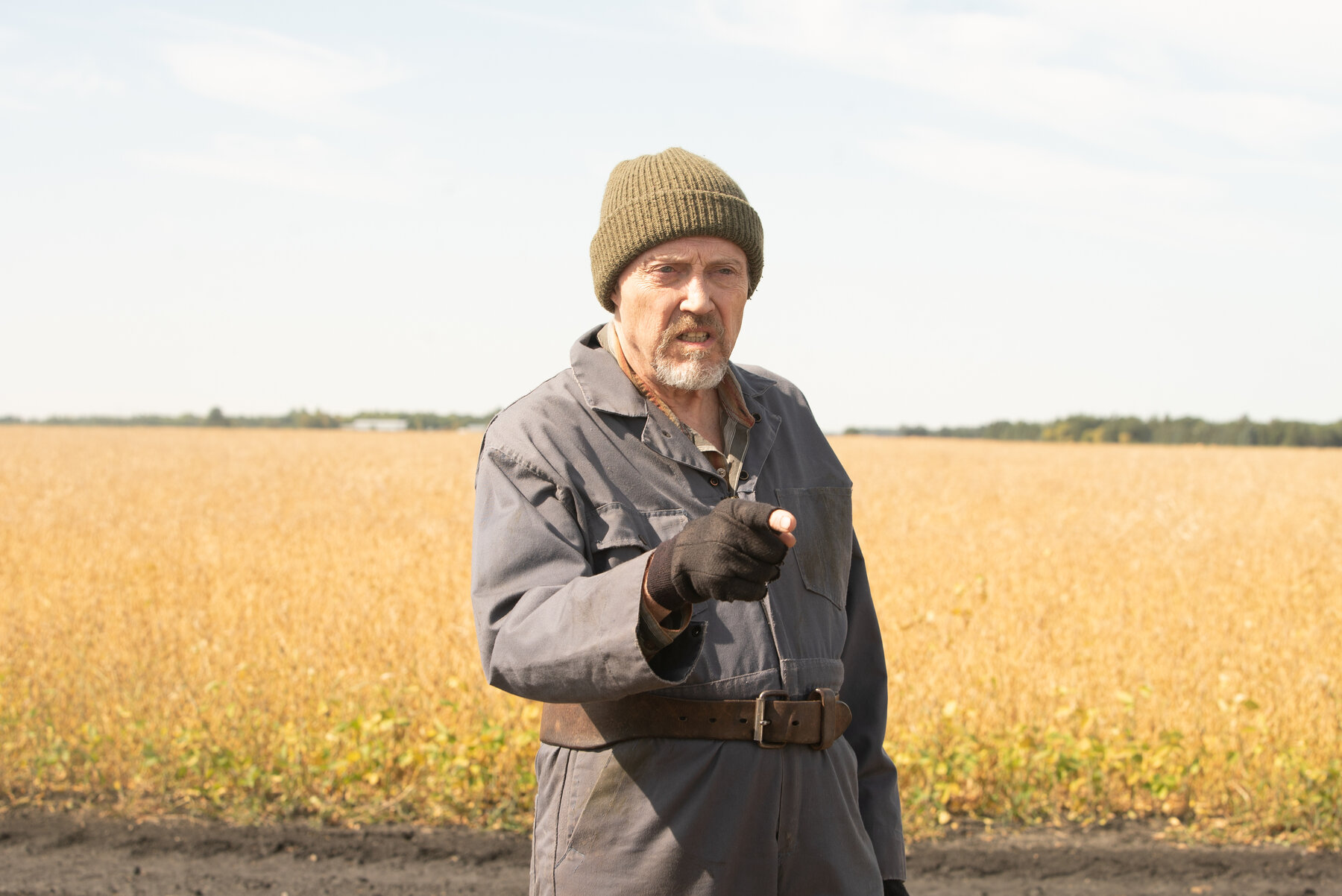 There is something satisfying about sticking it to the man, especially when everything is at stake. It means a lot more when you know what you’re doing will help thousands of people around the world. That’s just what one small town Saskatchewan grain farmer, Percy Schmeiser did when he was attacked by a giant company for using their patented seed in his canola crop.

Monsanto has taken legal action against Percy (Christopher Walken) stating he was using their genetically modified seed for his crop in Saskatchewan, Canada. This was the first Percy had heard about it and was not having a bar of it. Percy had been farming the same way his father and his grandfather have been for centuries. They call themselves “seed savers”. They keep the seeds of their strongest crop from the year before and that is the base for their next season.

When Percy received his injunction from the giant company Monsanto, he called upon the local lawyer Jackson Weaver (Zach Braff). To Percy’s dismay, Weaver’s suggestion was to settle and be done with it. But Percy was not only a quiet fellow, he was stubborn and knew between right and wrong. It also helped Percy knew he hadn’t done anything wrong.

In steps Rebecca Salcau (Christina Ricci) an environmental activist who has grand plans to use Percy as the face for putting a stop to Monsanto getting genetically modified wheat into the United States. While her motives were for personal gain, in the long run actually helped Percy’s case.

With the threat of losing his farm, the health of his wife and being ostracised by his community, Percy stands tall and takes this company with its infinite resources to the High Court. And while the result isn’t as Percy had hoped, he paved the way for the future of farming.

There are so many films of major companies trying to take down the little companies that can’t afford to stand up for themselves. Then there are these little diamonds in the rough that realise their possessions and money isn’t as important as taking a stand for yourself. But Percy Vs Goliath has something none of these other films has, and that’s Christopher Walken.

Walken plays Percy who brings a wonderful performance of this exceptionally hardworking 70-year-old whose only wish is to pass on his life’s hard work to his family. There are moments in the film where Walken’s performance is so powerful as Percy you’re left thinking how heartbreaking the story is to such a lovely person. Walken is known for some great performances and can get a giggle out of almost anyone. But his portrayal as Percy really shows exactly why he is a multi-Oscar-winning actor.

Overall, this film is powerful because it is real. It is raw to its core and will leave you googling about genetically modified wheat and if it’s bad or not. The film has done its job because it has done two things. One it’s a great drama of a small-town farmer sticking it to the big guy. And secondly, it’s raising awareness about these big companies ruining lives around the world. It is most certainly well worth a watch to see Walken give a great performance and maybe learn a thing or two about GMO.