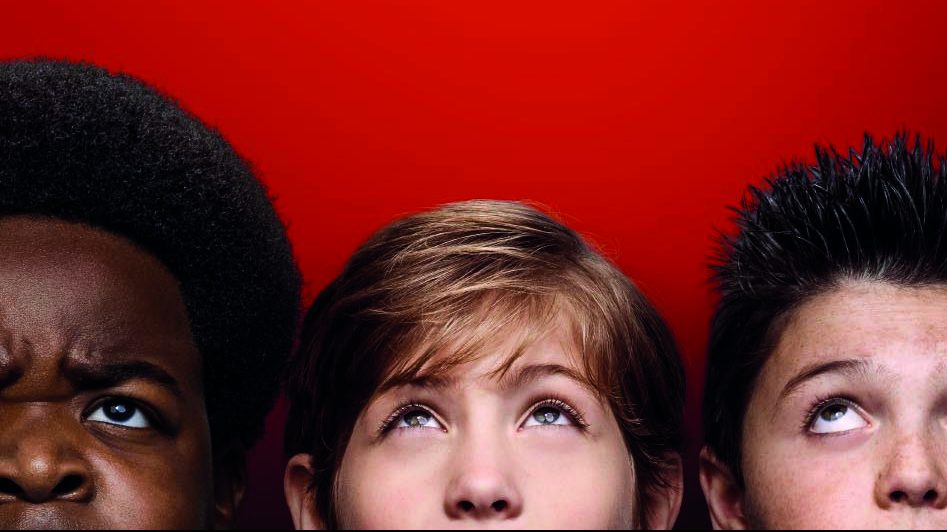 There are some things in life you can be sure of: the sun will rise and fall every day, you will pay tax and anything Seth Rogan touches will be funny. Be prepared to laugh hard, wince and then laugh some more, Good Boys is a classic coming of age story about the desperation of that first kiss.

When best friends Max, Lucas and Thor aka the “Beanbag Boys” are invited to a kissing party, the boys spiral into an out of control adventure to learn how to kiss.

Devising a plan to spy on the girls next door using a drone, their plan quickly unfolds when the girls manage to capture the drone. In an attempt to get the drone back they boys use some stolen goods as leverage.

Their plan doesn’t work when the drone is damaged, and the boys have to buy a new one resulting in skipping school.

As bad luck would have it, Max is grounded and has to miss the kissing party. That is until Lucas convinces him to sneak out without his parents ever knowing. It was this decision that made sneaking out all the worthwhile for him.

Good Boys plays on that naivety of 12-year-olds. How they think they know the world and at the same time have absolutely no idea.

This film also adds another element to it. It gives each of the boys an adult-like persona. The language they use and the persona they build is not something you would normally see in children that age. But it is outright hilarious to watch.

The comedy is produced by comedic mastermind Seth Rogan. But it’s written, directed and stars a wealth of other comedic talents as well. Gene Stupnitsky the writer behind the comedies Year One, Bad Teacher and a number of The Office episodes of which he directed as well is at the helm of Good Boys.

The comedy background doesn’t stop there. Starring the likes of Will Forte as Max’s father. Which is ironic because the actor who played Max played a young version of Will Forte in The Last Man On Earth television series. A further connection to that series is Keith L. Williams who plays Lucas. He also starred in the series alongside Forte.

Good Boys has a very similar feel to that of Superbad from 2007 and more recently Booksmart. It’s a crazy journey in the name of getting the girl or guy. And while it’s a journey of self-discovery it’s hilarious at all the things that can go wrong and do.

Overall, Good Boys is a hilarious laugh at tweens as they try to understand and figure out the world and how to kiss. If it doesn’t have you laughing to the point of a snort, you’ll be wincing at the stuff they say and do.