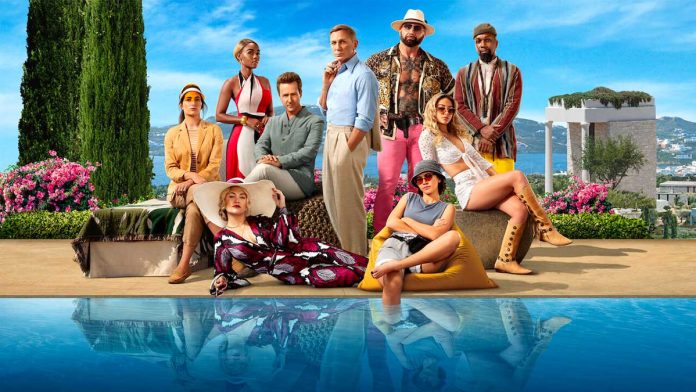 He did it. That madman. Rian Johnson. He did it.

Filmmaker Rian Johnson has had an eclectic career. Comedy, action and sci-fi – he’s tried his hand in a few genres, even with only 6 feature films under his belt! But, one thread remains common throughout his filmography, and it’s a skill he has honed almost to perfection up until this point. Rian Johnson is a master at subverting the audience’s expectations.

While the easy go-to example would be his take on the Star Wars franchise, when he wrote and directed the divisive, The Last Jedi – there has been enough discourse on why that film purposefully played with people’s expectations, both within the world of Star Wars and as a movie itself. 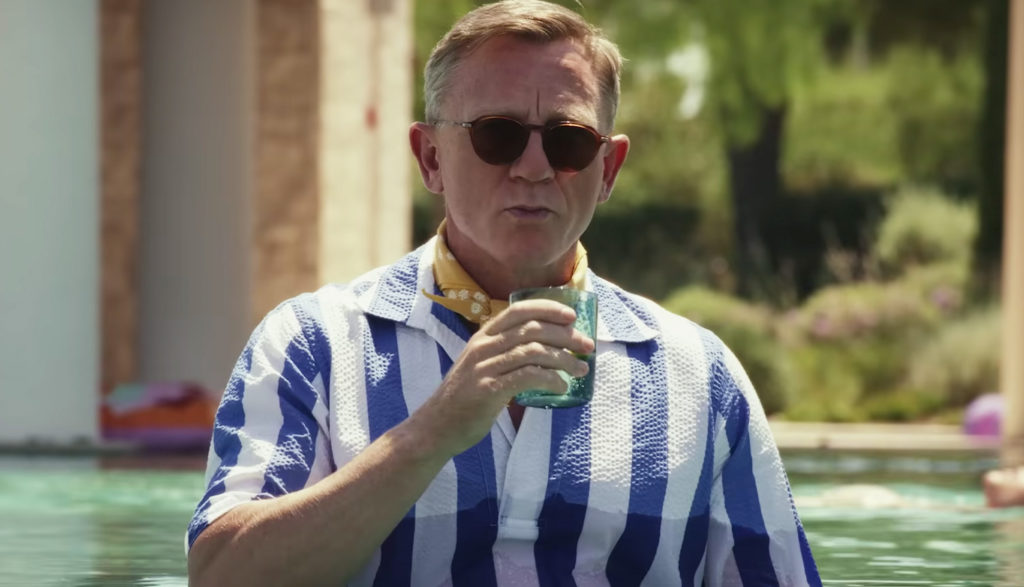 A better example would be the predecessor to his latest film, with 2019s Knives Out. The classic ‘whodunnit’ murder mystery is the perfect template for a writer like Johnson to much around with the audiences mind with misdirection, unreliable narrators and ludicrous twists along the way. The specific moment in Knives Out when Johnson solidified the fact that he loves relishing in this, is when he shows how the victim was killed halfway through the movie! He doesn’t leave it for the big reveal at the end, he shows us, plain and simple, how it happened, then turning the narrative into whether mastermind detective Benoit Blanc will figure it out for himself.

Knives Out was a hit, both critically and financially. Its ability to revitalise the murder mystery for the modern age captivated audiences, and the introduction to a new, hilarious and enigmatic world class (fictional) detective in Benoit Blanc shone a brand new light on actor Daniel Craig, letting him relish in a flamboyantly engaging role. The film was such a hit that Netflix purchased the rights to two sequels, the first of which, Glass Onion, hitting cinema screens for an exclusive one-week-only engagement, before releasing on Netflix in December. 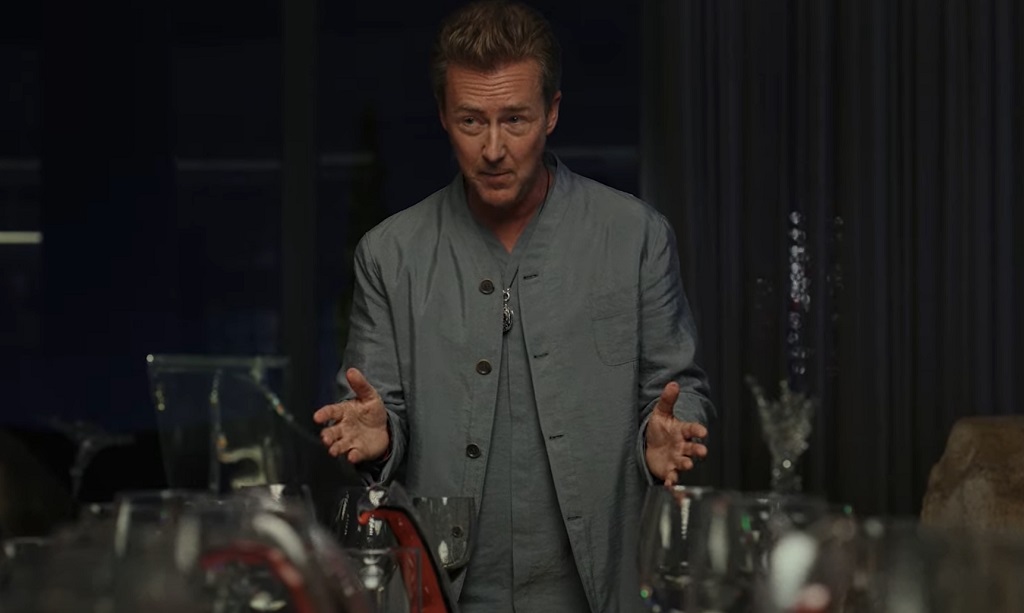 In the vain of the first film having an absolutely stacked ensemble cast, Glass Onion sees a brand new cavalcade of ‘suspects’, and the return of Craig as Benoit Blanc, travelling to a beautiful island off of Greece when tech billionaire Miles Bron (Edward Norton) invites a group of friends and acquaintances to solve his murder… at a lavish murder mystery party. But, all is not as it seems when tensions build, motives are set, and death becomes a reality for the partygoers.

Johnson once again balances his large number of unique characters with ease, giving them all equal amounts of substance and originality. Their relationships with one other are clearly established, and when motive is necessary, it’s easily understood for the audience. There is an art in making convolution understandable, and Johnson’s script is a masterclass in doing such. There is a lot of information dumped during the first half of the film – pieces of dialogue, visual cues and character traits that not only are integral to the development of the story, but play such an important part in the films later reveals.

It’s astounding watching the mystery of Glass Onion play out scene by scene, and having call backs and reveals be unveiled in such a gripping and entertaining way. But on top of this, Johnson has also made a hilarious film that also has emotionally driven drama. Theoretically, Glass Onion juggles too many tones that it shouldn’t work – but it does, and it’s great! 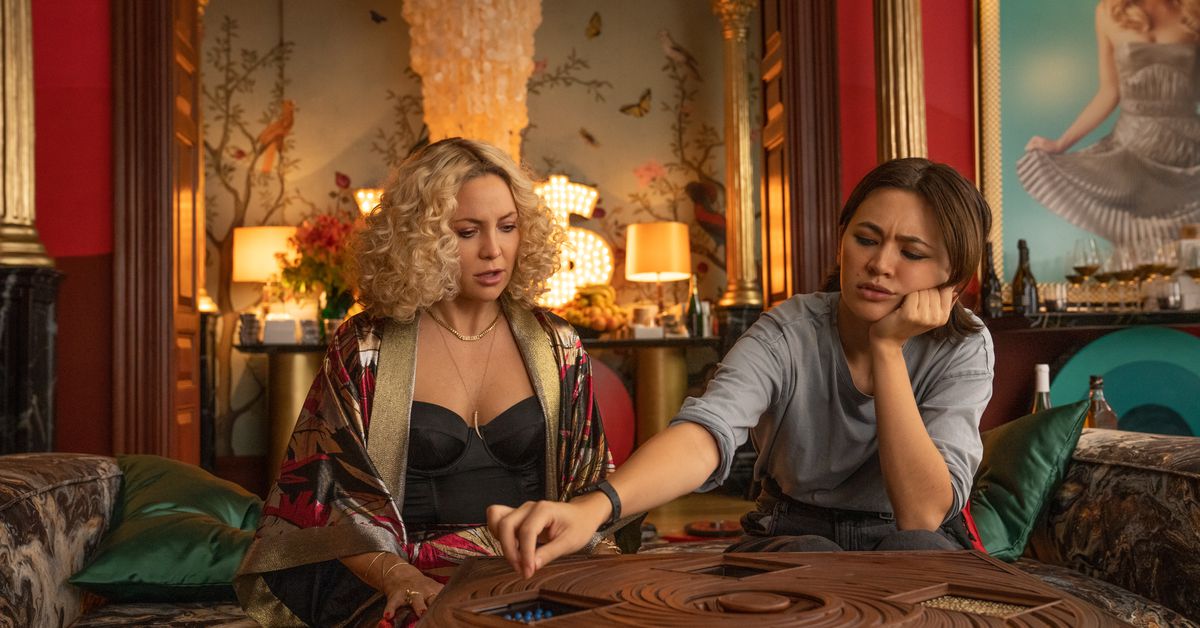 In the cast, Kate Hudson steals the show as a ‘speak-before-you-think’ celebrity who’s offensive tweeting history has landed her unable to use her own phone. Every line that comes out of Birdie’s mouth, no matter how cringingly stupid it may be, is delivered with perfect timing and tone by Hudson. Her ability to bounce of every character makes her a deplorably likeable character. Much like Norton, who is very much so relishing in the fun and insanity that this movie, and his character, gets to delve in.

The show stealer though is Janelle Monae, who for the sake of spoilers, I won’t reveal much about her character. All I can say is stick with her, because you have no idea where her story is going to go!

And, of course, Daniel Craig completely owns and embodies Benoit Blanc. The realisation of this character in Glass Onion shows how much Craig cares about, and loves, playing this character. With small segments of his life outside of detective work shown in this film, it adds enough backstory to give the audience even more reasons to care about him, adding even more substance to him as a person. 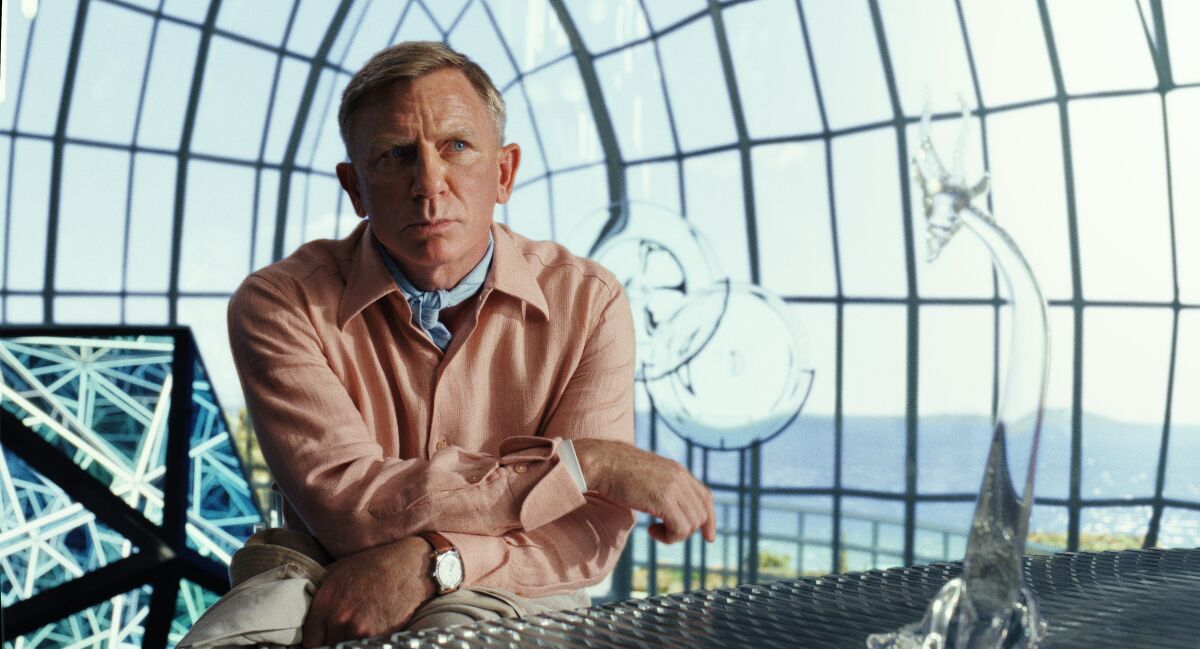 In comparison to Knives Out, and even with as funny as Glass Onion is, this movie does feel like it’s lacking a little bit of the biting humour the first film had. Whereas in Knives Out, the banter between the heel-biting Thrombey family really gave the script a wicked tone, the comedy comes across a bit more forced here. There are some genuinely great comedic moments, gags and throwaway lines that had an entire cinema cracking up. But, there was also a noticeable amount of jokes that felt a little flatter than they should have.

The actual reveal in Knives Out also felt stronger and more impactful, however, Johnson throws so much at the wall in Glass Onion, and once everything is revealed, you will see that a lot of it sticks! 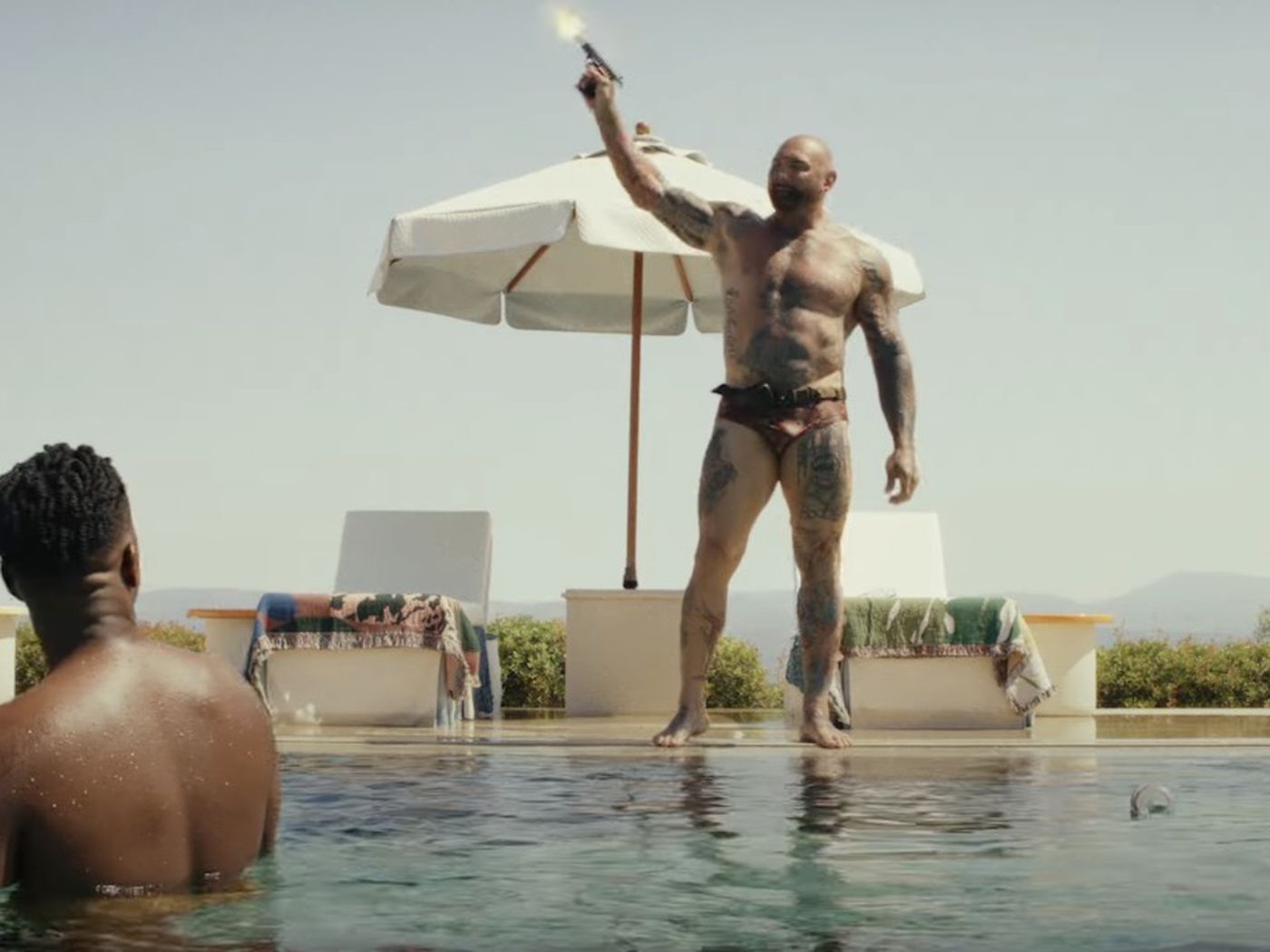 Glass Onion had a tough gig following up one of the most revered murder mystery-comedies of all-time in Knives Out. But, Johnson pulls it off, with a funny and intriguing plot, full of unique characters, pitch-perfect performances, and a finale that proves Rian Johnson is a master at subverting expectations, and a master at making a damn entertaining movie!

Glass Onion: A Knives Out Mystery is playing in cinemas for one week only, starting November 23, before streaming on Netflix from December 23.

He did it. That madman. Rian Johnson. He did it. Filmmaker Rian Johnson has had an eclectic career. Comedy, action and sci-fi - he’s tried his hand in a few genres, even with only 6 feature films under his belt! But, one thread remains common...Review - Glass Onion: A Knives Out Mystery