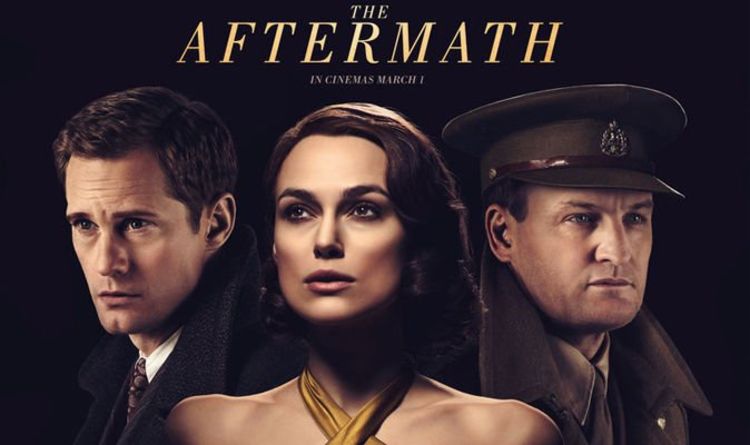 Setting a movie post WWII in the remains of Germany with English military and their families taking over homes of German locals so they can contribute to the war effort delivers an interesting premise. Throw in some top talent like Keira Knightley, Jason Clarke and Alexander Skaarsgard and this should be pure perfection. While it does start off that way, the film takes a deep dive into period romance territory and ends on an extremely weird note. Outstanding performances from all involved do help maintain the audience’s attention through the film, further exploration into what was happening at that time would have ultimately delivered a more satisfying story.

The story follows Rachael Morgan (Keira Knightley) who is on her way to Hamburg to reuinte with her military husband Colonel Lewis (Jason Clarke) They have requesitioned a house from a single father and daughter Stephen Lubert (Alexander Skaarsgard) and Freda (Flore Thiemann), instead of being sent to live in a camp, Lewis agrees to let them live in the attic while they occupy the main house. Rachael and Lewis are mourning the death of their son who died in a bombing in London, similarly Lubert and Freda lost their wife/mother in a strike in Hamburg. It offers a parallel for Rachael who struggles to live alongside Germans and as their worlds collide, each must deal with the death of their loved one while Lubret and Rachael bond over their respective losses.

The film looks beautiful, the detail of war ravaged Germany is in depth and confronting. By contrast the beauty of the house and Rachael’s wardrobe is fitting of the time. While the sometimes confronting dark themes of good and evil and the question of war splashes up against glamorous tea houses and glamorous dinner parties. The locations are breathtaking with the countryside setting and dense forests providing a stunning backdrop that helps it feel romantic.

Regrettably this is where it stops, the forced romance between Rachael and Lubert is horribly rushed. It moves at a rapid pace refusing to let the audience fall in love or even believe that they are a couple. Adding in Freda and her longing for a mother figure in her life told through piano lessons also doesn’t always work. By the time they are meant to be their own family and Lewis is on the out, it just doesn’t feel believable. This is where the film fails the most, if they had spent more time building this up, it would have more impact when it needed to.

The Aftermath could have been a phenomenal period film, instead it took the romantic drama route and failed to even do that well. Standout performances from all involved do elevate the film and combine well with stunning locations and outfits. The Aftermath will appeal to those who enjoy period dramas, however hardcore romance fans may leave feeling a bit disappointed.