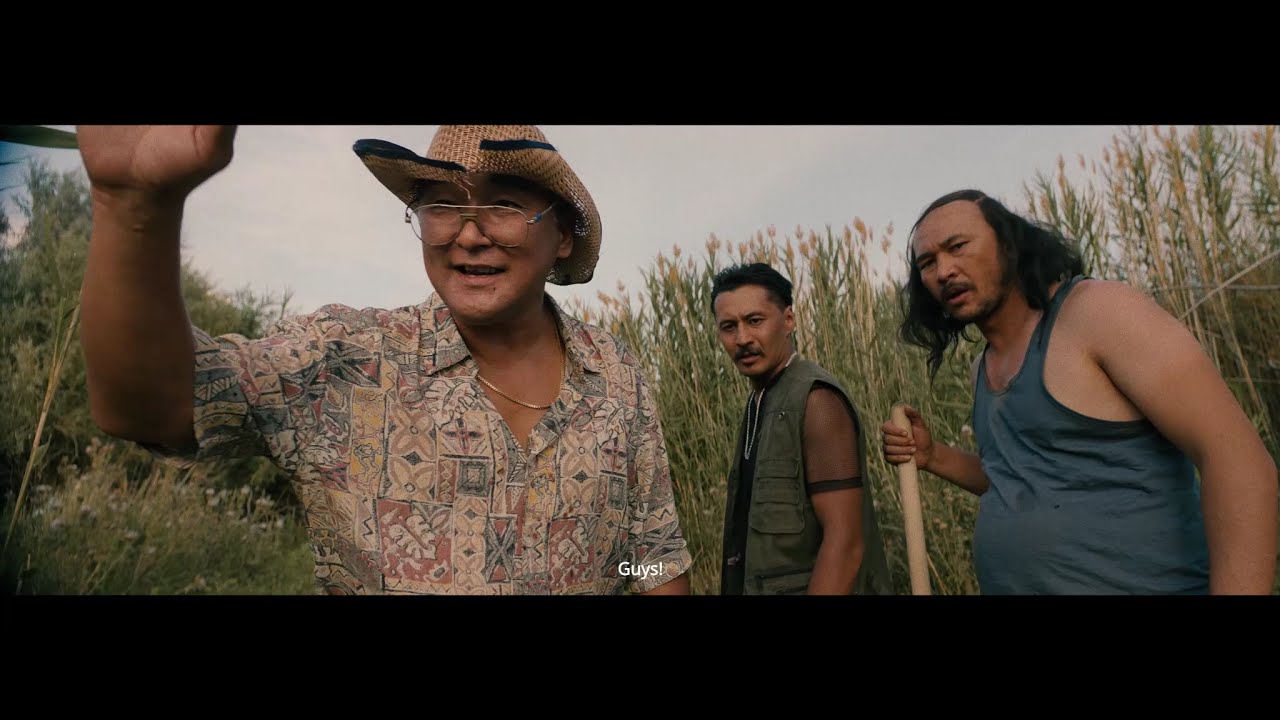 Imagine a movie, which is part The Hangover… and part Deliverance. You are having a hard time putting those two movies together, aren’t you? Well, Kazakhstani filmmaker Yernar Nurgaliyev along with co-writers Zhandos Aibassov and Daniyar Soltanbayev have done just that with the comedy-crime thriller, Sweetie, You Won’t Believe It, now playing at the Fantasia International Film Festival.

Dastan is a mild-mannered man in the peak of his mid-life crisis. He is in lots of debt, he’s in a dying relationship with his pregnant wife, and all he wants to do is go on a fishing trip with his two friends to let off some steam… even though none of them know how to fish. However, along their river journey, they accidentally stumble upon a gangster style execution caused by the 3 most incompetent gangsters possible, leading to a wild goose chase filled with many laughs and lots of violence and gore!

Clocking in at a solid 80-minute runtime, Sweetie wastes no time or pacing getting into the nitty-gritty of this wild tale. Setting up Dastan and his mid-life woes feels authentic right from the opening scene, and even though he is not a character you are meant to sympathise with completely (he comes off as a bit of a douche occasionally), the script does a wonderful job of letting you identify with his problems just as you would have them yourself. It’s not long after these opening moments that the more absurd tone of the film kicks in, with a heightened sense of ridiculousness in the story and the characters themselves. This works very well for Sweetie, with it’s crazy vibe allowing a seamless blend of goofy comedy and brutal violence, a combination that doesn’t always meld well together.

While the different gangsters and mafioso types that come and go throughout the film can feel more so like less fleshed-out stereotypes, they are still entertaining characters to follow as they fumble their ways, extremely idiotically, throughout the events of the movie. However, it’s the main trio, led by Dastan, that all have a unique feel to their characters and are played very well by each respective actor. Comedically out of their depths, whether it is simply fishing or escaping flying bullets, they always provide heartfelt humour as grounded people in a ridiculous circumstance. There is also one surprise character that I will keep a lid on, who pops up occasionally throughout the movie which is a great addition to the threat and violence, but again, in a strangely funny way that provided many giggles each time he appears.

Sweetie, You Won’t Believe It is a mix-match of tones and genres that shouldn’t work on paper but works so damn well on screen. It is hilarious, and violent, and creepy with a tense finale that bounces back between thrills and laughs with ease. It’s rapid-fire pace never lets the thrill ride come to a halt and with extremely fun performances all around, this is one not to miss at Fantasia Film Fest!