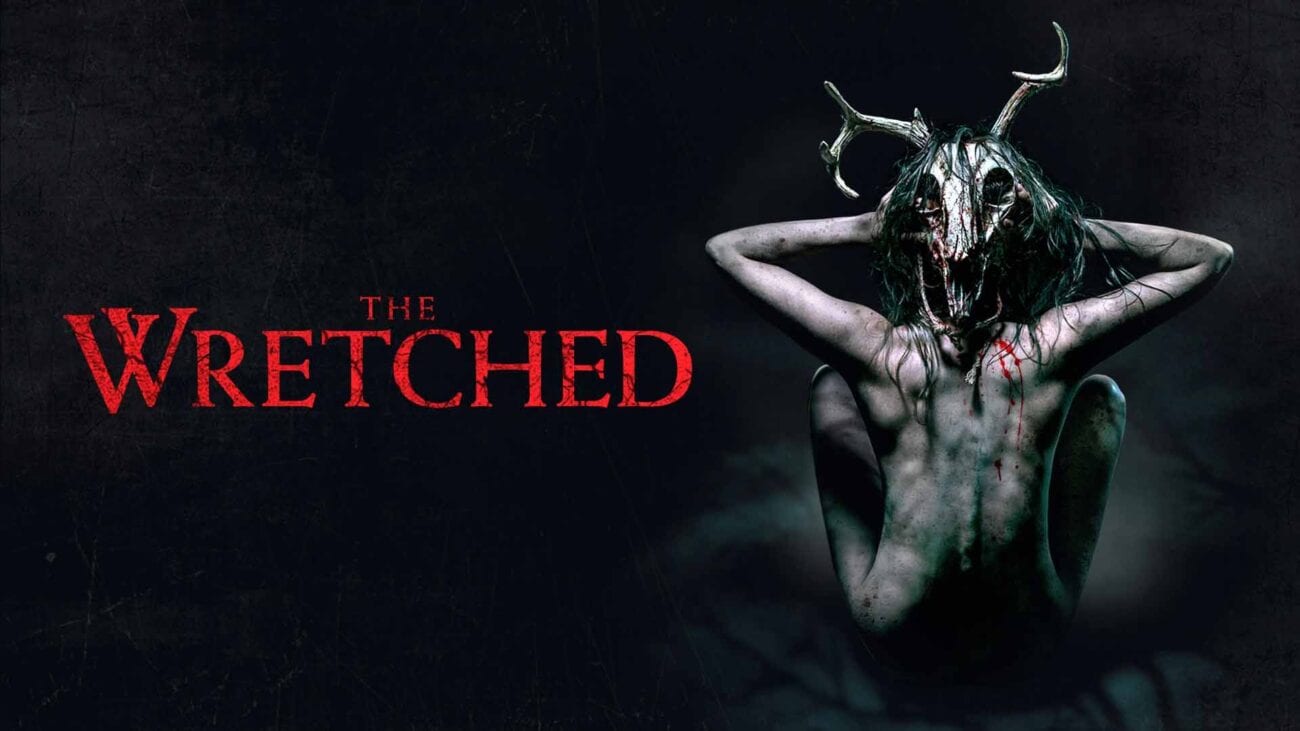 Two brothers to team up to write/direct a new horror film. While the lore is rich and designs are great to look at, the story is cliched and matches the tone of trying to be a cool 80’s/90’s film. While it is trying so hard to do this, it fails spectacularly. The characters are flat and one dimensional with dialogue to match. What is a really great concept fails under the creative hands at play here resulting in a movie to definitely miss.

The main story follows Ben (John-Paul Howard) a recent child of divorce who is sent to live with is dad for the summer holiday. Liam (Jamison Jones) owns the marina and puts Ben to work where he meets his summer romance Mallory (Piper Curda). Things seem to be normal in this beachside town when one night Ben hears a noise on the roof. His next door neighbours seem to be acting weird and after the disappearance of their kid (and memory of the incident!) he explores the lore of a witch who emerges to eat children and then make their family forget about them.

As Ben gets closer to revealing the witch, the more that things just go off the rails story wise before whipping into a semi-origin tale for the witch and it just ends on a weird note that sets up a sequel.

While the film struggles with the story, the visuals are incredible. the design of the witch and the forest she inhabits utilises practical effects and is the best part of the movie by far. There is a creepy skull device that a lot of characters use as they get possessed by the creature. It is definitely effective and works well with the Witch’s look. The tone of the film is trying to be a movie of the week horror film from the late 80’s/early 90’s and while it is trying to pay a homage to this, it just comes off as cheesy and outdated.

The performances from the cast can easily be forgiven due to the material they have to work with. It’s unfortunate that a diverse cast get lumped with one dimensional characters and throwaway lines. It’s a shame that a great concept went to waste, the film probably would have succeeded under a different director and a hefty re-write.

The Wretched is playing in select cinemas now and is available on Foxtel store. It will be on Google Play, Apple Movies from September 2nd.