Interweaving archival footage, CGI-reimagining’s from renowned visual effects company ILM, and in-depth interviews, all tied together with a soothing and wonderful voiceover from the incredible Angela Bassett (Black Panther: Wakanda Forever) is Good Night Oppy – a documentary that beautifully tells a human story… about robots.

In the early 2000s, NASA engineered two solar powered rovers, with the intention of having them search the surface of Mars in hope of finding water. The two rovers needed to be built and ready for launch by July 2003, as that was the ideal window to land the rovers on Mars. Named Spirit and Opportunity (or Oppy, as it became commonly known by the staff at NASA), they successfully landed on Mars for a journey that was intended to last 90 sols (solar days on Mars). However, both machines defied the odds, weathering harsh winters, deadly dust storms and critical data failures, lasting much longer than anyone expected and discovering vital and life-altering information about Earth’s next-door neighbour.

Directed by Ryan White (Netflix’s The Keepers), his ability to shine a light on the humanity and passion within the story. Right from the mission’s inception, creation and ultimately, execution, Good Night Oppy is incredibly engaging. There’s rarely a moment where, as the audience, you aren’t rooting for this team of engineers, who devote so much of their lives, not just to the discoveries, but to the two rovers themselves.

It’s clear how emotional this event was for the ground crew at NASA. The interviews take place about 4 years after the completion of the mission, and every single person that is spoken too for this documentary is clearly ecstatic to discuss it and aren’t afraid to vulnerably talk about the almost ‘parent-child’ or ‘pet owner-pet’ bond that formed with the rovers.

However, the reason there is so much emotion and substance behind these interviews is simply because what was supposed to be a 2 year lead up for a 90-day mission, turns into an 18-year odyssey that showcases the definition of ‘the underdog’. The importance of the Mars rover mission is highlighted right from the get-go, and as it continues well past everyone’s expectations, the importance of the mission turns into a fight to keep these rovers going for as long as possible, rooting for the underdog to succeed. 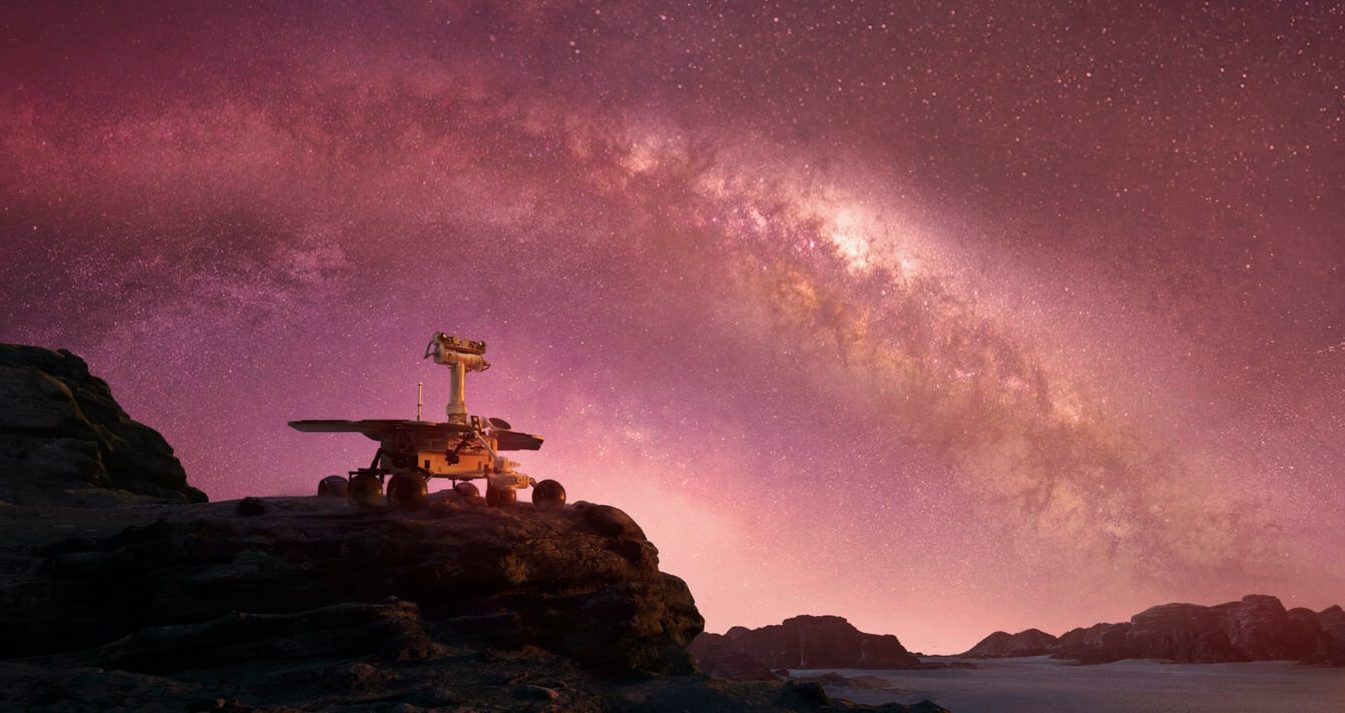 The archival footage used is a fascinating look at what was occurring at the mission control base. Which is something that has been shown in media before, whether it’s in documentaries or an action film where oil drillers need to plant a nuclear bomb on an asteroid, but never at such a grounded level as Good Night Oppy depicts it, which undoubtedly adds to the films heart and humanity.

ILM (Industrial Light & Magic) dramatically recreates the experience of what it was like on Mars for Spirit and Opportunity. Tense filled moments when the violent dust storms could lead to critical failures of the rovers, or the long winters in which all the power in the machines are utilised to keep the circuitry warm is vividly brought to life by visually engaging CGI and is intercut so well to enhance the investment into these two rovers as characters.

Good Night Oppy also has an energetic and lively soundtrack, featuring songs from The Beatles and ABBA. The songs used in the film are songs that were played in the control room during the mission when significant events occurred, almost like theme songs for the moment. It’s impossible not to chuckle when ‘Hear Comes The Sun’ or ‘SOS’ plays in moments where those songs fit the mood really well.

Good Night Oppy is an uplifting tale that finds an immense amount of humanity in a story about robots. The blend of interviews and archival footage paints a wonderful underdog tale, and the CGI that takes you to Mars immerses you into the world of the rovers, creating an experience that is as informative as it is emotionally engaging.